Buck the Quo is a campaign that’s barnstorming local communities in Idaho that’s supporting young people in paving their own unique path. Behind Buck the Quo are the change makers from The J.A. and Kathryn Albertson Family Foundation. We are featuring the campaign as part of the GenDIY series. Buck the Quo includes a YouTube series where real people talk about real life after high school. Below is a video that profiles Anabel originally found on YouTube, a woman who bootstrapped her way through graduate school to a career she loves.

Anabel has paid a price to learn that ideology. Her family emigrated from Mexico into Texas making her a first-generation American. During the harvest season in Idaho, her father would travel here to work the fields and would migrate back to Texas when the season would come to a close. The back and forth and long months apart wore on her family, but every day they scrapped to make the best life possible.

Her family eventually moved to Glenns Ferry, Idaho where Anabel grew up on the banks of the Snake River, watching the churning water roll by. Growing up she had to work twice as hard, translating everything in her head to keep up in school. After graduating high school, and knowing a life in the fields wasn’t for her, she began pursuing a degree in graphic design at Boise State. She graduated with that degree but decided that life wasn’t actually for her. That’s right… she did all that work to graduate, just to change her mind at the end. She realized that life isn’t written in stone, and sped off down a different path.

She would move from Idaho to Wisconsin to work at a mass communication agency, but Idaho eventually called her back home. Home with a newly gained Master’s Degree in Mental Health and Counseling. Now she works as a Mental Health Therapist specializing in work with teens. How about that for a path? Going from the fields of rural Idaho, to becoming a builder of art, moving to the delicious cheese-covered Wisconsin and then back to Idaho to aid teens in their mental health struggles.

It’s not something you think about on the regular, but picture the Grand Canyon. It’s a deep, colorful tear in the earth. Not made by an earthquake or by an asteroid. It was cut. Cut by the Colorado River. That’s right, the unrelenting force of rolling water tore through rock, just because it had somewhere it needed to be. Anabel’s like that. She never let the obstacles or setbacks keep her from flowing down the path she wanted to follow. She adapted, adjusted and found out how to be fluid like a mighty river. 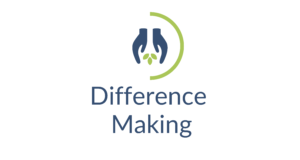