When Chinese President Hu Jintao’s visits President Obama at White House this week, they will undoubtedly discuss Korea, trade, and currency.  They may touch on China’s growing military presence in the South China Sea.  They probably won’t discuss the basis of long term economic competitiveness–education.
PISA test results show Asian countries at top of the charts.  Nic Kristof wrote in the New York Times that, “Education thrives in China and the rest of Asia because it is a top priority — and we’ve plenty to learn from that.”
While there are governance and policy differences between US and Chinese education, the most fundamental differences are cultural.  Kristof pointed to the Confucian legacy of reverence for education.
Kristof suggests that in the long run, it shouldn’t be China’s military might that should worry us, “the real challenge is the rise of China’s education system and the passion for learning that underlies it. We’re not going to become Confucians, but we can elevate education on our list of priorities without relinquishing creativity and independent thought.”
He points out the growing Chinese concern about a system based on discipline and rote learning and the desire to add more American style creativity.  I suspect it will be easier to introduce more application and independent thinking to Chinese schools than it will be to boost reverence for education and academic press in American society.  It sounds like Kristof agrees, “while William Butler Yeats was right that “education is not filling a bucket but lighting a fire,” it’s also true that it’s easier to ignite a bonfire if there’s fuel in the bucket.” 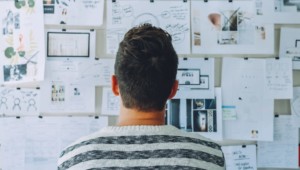 Students Are Calling BS on High School and Opportunity Knocks How To Unblock Curiosity And Build Creativity