Brett Kopf struggled as a learner. It was his teacher, Mrs. Whitefield that kept him on track with reminders of what was important.

Ten years ago, Brett and his brother David founded a company to bring that kind of community of learning to students everywhere. With some great advice as part of the first cohort of incubator Imagine K12 (now part of Y Combinator), Remind was launched as a messaging platform to connect teachers, learners, and parents.

Kopf said, “Imagine what the world could look like if all the Mrs. Whitefields out there were empowered to connect with millions of students and parents!” Making those connections remains the vision at Remind.

The simple, effective, and trusted messaging tool is now used by over 70% of all US teachers representing 80% of public schools and more than 30 million users on a regular basis.

When school closures hit, traffic on Remind skyrocketed. School districts making the transition to remote learning, like Miami-Dade, saw a fivefold increase in messaging as teachers worked to keep students and families connected with their schools.

The dramatic spike in use may subside when schools reopen but it’s likely that the way students and parents communicate with teachers will never be the same.

Why Remind Was Ready

Like many edtech apps at the time, Remind followed the lead of consumer apps and launched in 2011 as a free messaging tool–and it grew like crazy.

By mid-decade, competition grew and early efforts to monetize the platform proved unsuccessful. Proven media exec Brian Grey was invited to join as CEO in 2016. Grey had experience leading business units at Yahoo and Fox and built and sold Bleacher Report.

Grey grew up in a family of educators. His sister is a teacher. He appreciated that the Kopf brothers had built a popular teacher-friendly app and knew they needed to keep Remind simple, free, and easy for teachers to use while building a sustainable business.

Remind launched a premium version for schools and districts with value-added services like integration with student information systems and a dashboard to track communications. With over 90 languages and options to share files and links, it’s easy to keep students and parents informed and involved.

Remote courses and classes can be accessed through Remind. Integrations with Google Classroom, Microsoft OneDrive, and leading learning platforms like Canvas make it easy for teachers to share files, links, and resources with their class.

With the company on pace to double its annual revenue, Grey is considering other features they can build into the platform. With the big spike in volume, Grey is bringing features forward in the product roadmap–services that will benefit teachers and learners during and after school closures.

Higher education is an emerging area of use. Many students take Remind to college and introduce it to their professors. There are more than one million active users in higher education.

Strong growth and the promise of a sustainable business model attracted about $60 million in five rounds of venture capital.

Simple to use and critical to remote learning communication, Remind has changed the way teachers communicate with learners and parents.

On surveying parents, Remind integrated Survey Monkey, Signup Genius, SignUp, and Google Drive (which includes Forms) so surveys can be accessed and delivered via Remind.

Remind to made an announcement last week about integrating directly with video conferencing services Zoom, Google Meet, and Microsoft Teams. Through these integrations, district administrators will have the ability to manage which video conferencing tools are accessible by teachers, students, and parents within their learning communities. These video conferencing integrations — along with Remind’s integrations with Google G-Suite, Google Classroom, Microsoft OneNote, and LMS’s Canvas and Schoology — turn Remind’s 2-way communication platform into a powerful distance learning solution.

This blog was originally posted on Forbes. How Can Schools Grow from Coronavirus? 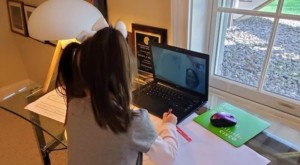