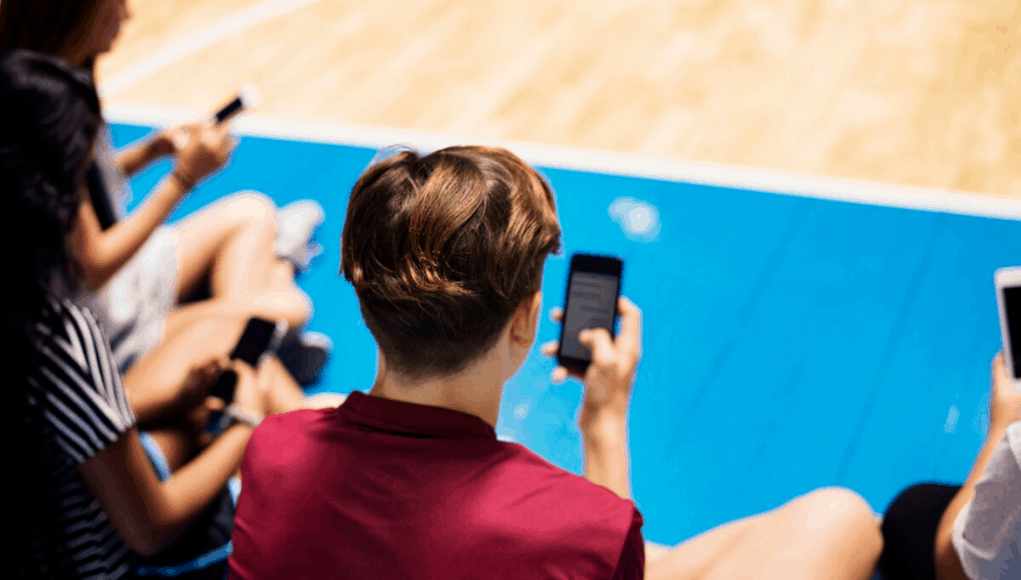 For those of us that follow the news, especially education news, we don’t have to wait very long for an educator to give us the excuse for a blog post. Almost weekly I read about how some school administrator or teacher somewhere has instituted their latest cell phone ban plan. Indeed, many are not only banning them from classrooms, but some are even not allowing them at lunch or free time.

Now before anyone thinks I’m completely unsympathetic or removed from the reality of classrooms, I admit this is a tough thing to balance. Are we distracted by our phones? Of course, the answer is yes. But noticed I said, “we”, not “they” or “them”. It’s not just students who are on their phones continually, it’s all of us. That’s the problem. We’re trying to tackle a social or cultural challenge as a school discipline issue.

According to one principal, his schools tried to let seventh and eighth grade students use their cell phones during lunch and free time during one recent school year and it was, according to them, an abysmal failure.

The school claimed that due to the students being glued to their cell phones, no one was talking and interacting with one another. After watching the movie Screenagers and drinking from that proverbial firehose of biased information, this school was trying to have students spend less time with headphones on, listening to music, bending their necks forward and avoid dozens of other ailments caused by the continuous use of cell phones.

The students, according to the school’s administration, were engaged in conflict and drama via social media and they wanted to put a stop it. Furthermore, an English teacher at the school discovered students pretending to read books while actually looking at their phones (students have been pretending to do work long before phones were in their hands). The principal even directed students over the microphone to talk to the person next to them at lunch.

What have we become? What is our definition of teaching, leading or mentoring? Are we not satisfied to be facilitating what students are doing during their class time that we need to dictate to them what they do during their personal time?

I can’t help but imagine what these educators would do if any of us told them to get off of their phones and talk to one another while in the teachers’ lounge or at Starbucks. And we all know that the best way to teach students anything, especially responsibility, is to just ban it. Right? WRONG!

The Ban Plan Versus Teaching Responsibility

You can see plenty of educators on social media posting their favorite pictures of the latest cell phone takeaway tool. These teachers and administrators create cute cliches like “Cell Phone Hotel,” “Cell Phone Parking Lot” or “Cell Phone Cell.” There are dozens of teacher hacks on how to do this. Sadly, there are fewer educators trying to come up with meaningful ways to facilitate cell phone use and etiquette in the classroom. It seems as though it is easier to ban or condemn versus teach or model.

To me, this actually epitomizes the divide we are experiencing in education. It’s classic compliance versus creativity. In an effort to solve a problem, or teach responsibility, too many times educators lean towards the compliance side of thinking. Kids are to be quiet, obedient and controlled. If so, they are learning, according to this mindset. The problem is that this is counterintuitive to two things:

We May Never Learn

Educators are famous for continuing to promote and implement things that have actually never been very effective (if not counterproductive) – i.e. homework, detention, overreaching dress codes, etc.

Should we approach students as young adults in the way we would like to be approached? Or do we want to continue to control them? To me, it’s that simple. I’m not suggesting that we don’t have rules, guidelines or policies. I’m asking that they be common sense.

And what about the actual problems? Things such as isolation, distraction, drama, and conflict are not technology or cell phone issues. They are human issues that we need to address comprehensively and personally; not by banning the use of phones during personal time.

In my experience, the more we make things taboo, the more they become attractive. Creating new policies and rules is not a substitute for actual teaching, training, and respect. I worked at a high school that allowed students to have their phones throughout the day and especially at lunch and during breaks. And you know what? Students were talking, socializing and playing all of the time. It wasn’t because we asked or directed them to – it’s because we worked to create a happy and healthy atmosphere and culture overall. Possibly it’s also because we didn’t try to direct or mandate their every move.

It’s Always About Preparing For The Real-World

If we treat students as featured in the aforementioned examples, I don’t think we’re training them for the future of work where they need to be able to master not only technology but independence. Are the employees at Google, Apple, Microsoft, and others told not to be on their phones at lunch or break time? Of course not. So, what world are we training our students for? Certainly not for the 21st-century workplace and economy. We’re just leaning on what we seem to know best – control and compliance. Again, are we, as educators, focusing on controlling our students? Or are we trying to engage them, empower them and unleash them? We can focus on control or creativity but cannot master both.