Over the course of this month, an estimated 80% of the new year’s resolutions will fail. Some sources report that as few as 8% will still be intact by February 1st. While we have all been a part of failed resolutions that we did not quite achieve, I contend (perhaps because I have fallen short on occasion or maybe better described as an individual who has embraced a fail forward mindset), that this process, regardless of outcome is an incredible gift. To develop a goal requires reflective thought around improvement and if done in an intentional way, the process can support a foundation of success in the “marathon,” even if there is perceived failure in the “sprint.”

While I am a firm advocate for goal setting and appreciate the structure of the popular SMART (with mild variations: Specific, Measurable, Attainable, Relevant and Timely) goal format, I would suggest that we revisit the concept and provide students with deeper understanding and ownership. This will increase success as students map a plan to exceed their target(s). As we support students in building out goals, I would emphasize balance in crafting for the whole child by intentionally aligning with the Aspen Institute’s Commission on Social, Emotional and Academic Development (SEAD) and CASEL’s work as we support each student in designing their holistic growth goals. Specific to Each and Every Student

My earliest recollection of goal setting was delivered on a junior high football field as 6th grader turning out for his first year of football. I remember attending an informational meeting and receiving a packet that had a series of goals with a target of becoming “bigger, faster and stronger” prior to turning out for the first practice at the end of the summer. My neighborhood buddies and I utilized the workout plan included in the packet and worked towards completing the goal. I start at this point because the packet was missing an extremely valuable element, it was not based on where I was currently at. It had very specific targets for the players, but did not take into account for each individual. While I improved over that summer and met some of the presented goals, there were others that I did not meet which were presented as failures and not growth(in some areas tremendous amounts).

Over the course of the first week of January, my social media feeds were flooded with public proclamations of 2018 resolutions and, while I am strongly in favor of public accountability and building networks of individuals who will support the process, I struggled with the number of goals that were not measurable as written. “Get better grades” or “read more” – without drilling down to measurable benchmarks and a specific design of “how” = lack the catalyst required for successful completion. As we support students or lead learning communities in setting measurable goals, we must be strategic in identifying success measurements as part of the process and equally important, how and when they will be measured.

Recommendation 2: Goals must have specificity around HOW they will be measured.

SMART goals made their first introduction as a college student in my teacher prep program and made great sense as I applied them in my various courses and even more as I transitioned to my first teaching position in special education and continued impact as an AVID elective teacher. I felt empowered as I supported students in their development of goals that were attainable, and this aspect of the practice, prompted some powerful conversations around the countless students that verbalized their goal of becoming a “professional athlete.” As I progressed, I found that I began to grapple with the extreme interpretations and delivery of “attainable.” For those who possess a mindset and practice of setting the bar at a level that hits the level of maximizing potential under the umbrella of attainable, I congratulate you. For me, I began to see “attainable” being translated by students, teachers and even parents as “meetable” and struggled even more as we “danced” back and forth with single year School Improvement Plans (SIP) that delivered written SMART  goals of a 75% graduation rate based on the current achievement of 71%. Even worse, I remember agreeing with the number as a school improvement team member and now look back with disbelief and neck pain from shaking my own head. In no scenario is it acceptable to have a graduation rate of 75%.

I found that as I shifted my practice and started supporting students as they mapped backwards from larger samples of time, the conversations around “attainable” began to have a deeper meaning and fueled an increase in ownership. Recommendation three was solidified by replacing “attainable” with “awesome,” defined in the dictionary as “inspiring awe.”

Recommendation: Goals should have an element of  “awesome” in the eyes of the student with excitement to share with their support network.

Relevance is such a powerful component of goal setting and designing a learner experience growth goal that promotes engaged buy-in. In many ways, the crossover with relevance lies in the same thoughts presented in making it specific to the student. If students do not or can not find relevance in the goal targets being designed there will be little opportunity for growth or success. With an expanded emphasis in delivering design thinking, staff will be better armed to support students as they explore and articulate relevance within their world.

Recommendation four, Goals must include an element of  empathy for where the student is and desires to go, based who they are and will become.

In exploring and creating innovations in education, we spend a good deal of time discussing the idea of designing from the edges and in developing goals, putting a date on the goal is equally as important as any other aspect. Realistic durations can also support goal fatigue and breathe new life into the goal setter as they arrive at a variety of potential plateaus. In staying the course with revisions or mild additions to the SMART goal setting process, recommendation five would emphasize learning to walk before they crawl and ultimately run.

Recommendation: Goals must include a daily action that can be completed by the goal setter in route to completion.

As I wrap and immediately revisit my own goals for the new year, I would make two final recommended additions to the process of arming students with the tools to develop, stick with and exceed their goals:

With countless vehicles to collect evidence, support students in capturing evidence of growth. In the scenario that they successfully complete their goal, they will have documented the journey and have cause for an additional layer of celebration. In the misfortune of joining the 80%, they will have tools to support their next approach and a powerful accelerant in embracing a fail forward mindset.

Goals must include outlets to collect evidence of growth.

As an advocate for reflection in every aspect of learning and life, be intentional with setting up reflection opportunities for growth goals and take time to process results. Regardless of the amount of progress made, there are always results to process. Support students by immediately setting version 2.0 or the next iteration of the goal. When done in a manner that promotes lifelong learning, the goal progression and scaffold will be seamless.

Goals must be reflected upon and act as building blocks for the lifelong journey of continuous improvement.

While it is convenient with the start of a new calendar year, there is never a wrong time to set goals. Respect the process and allot the appropriate amount of time to do it right. If our Getting Smart team can be of support in guiding you or your team in delivering the future of learning through the design of a series of SMARTER² goals, feel free to contact [email protected] 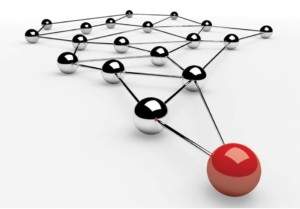