Last week, the Department of Education released reports for 12 Race to the Top grantees, detailing their progress (or lack thereof) on transforming education at the local level. The reports highlight the second-year work and accomplishments and challenges of implementing new information systems and the required tougher evaluation systems and related collective bargaining agreements.
Almost all states experienced delays and more difficulty in design and implementation than anticipated.  Georgia was particularly candid, admitting that it had “experienced significant challenges related to implementation of its educator evaluation system.” But it looks like their experience was the norm. Secretary Duncan acknowledged, “Comprehensive education reform isn’t easy, and a few states have faced major challenges in implementing their plans.”
In considering the enumerated challenges, it’s important to remember the breadth and complexity of the plans adopted.  The grantees are implementing unique plans built around Race to the Top’s four assurance areas:

It’s not surprising that states are struggling with growth measures–for the most part, they are using old psychometrics in an effort to make new judgements. We’re still a few years away from sequences of experience-embedded assessments that inform fine grained growth measures.
It looks like all the states are struggling with data system–another reflection of the current toolset lagging demand (a result of a decade of underinvestment).  Most states have or will make some progress on P-20 longitudinal data, but designing a statewide Instructional Improvement System (IIS) has proven far more daunting.  North Carolina, for example, “released an RFP to build the system in February 2012 and at the end of Year 2 had not yet selected a vendor or vendors.”
Following is a recap of what states report as their year 3 plans:
Delaware plans on fully implementing its evaluation system and incorporating student growth measures for teachers of non-tested grades and subjects. It will fully implement the CCSS and college readiness programs including the Middle School Preparation Program. Delaware promises delivery of an “Insight Portal” in year 3.
D.C. will crank up support for persistently lowest achieving schools and launch a STEM Learning Network . The district and 29 participating networks will implement an instructional improvement system.
Florida will roll out the CCSS in first grade and pilots will continue for the CCSS-aligned formative assessments, as will work on assessments for hard-to-measure subject areas. Florida will support efforts to turn around the lowest-achieving schools through the continued support of the STEM and reading coordinators and STEM focused career and technology education (CTE) programs.
Georgia will focus a great deal of attention on its educator evaluation system. The State will continue to build upon its longitudinal data system and school intervention initiatives.
Hawaii’s big accomplishment was getting off the ‘high risk’ list in 2012. The state will do some of the stuff in the third year that they promised to do in the first year, like implement an evaluation system and provide professional development. (It’s still hard to figure how Hawaii beat out obviously better proposals from Colorado and Louisiana.)
Maryland will conduct a new and improved pilot of the new teacher and principal evaluation system. The State’s Curriculum Management System and Learning Management System, both key aspects of its IIS, will also be available for use in Year 3.
Massachusetts launched its first STEM Early College High School and supported 13 Innovation Schools. In year 3, the state plans to fully implement CCSS, extend support for low performing schools, and continue to develop data systems and curricular materials. All RTTT LEAs will implement new evaluation systems.
New York will implement CCSS in grade 3-8. All New York LEAs will implement new teacher and principal evaluation systems. The state will release a second version of EngageNY.org, a collection of tools and resources.
North Carolina will implement several cloud-based shared services and fully implemented reporting capabilities for its longitudinal data system. It also finished developing IIS requirements and reviewed potential vendor proposals for the IIS.
Ohio will be implementing new evaluation systems in year 3. Like North Carolina, Ohio’s development of its Instructional Improvement System (IIS) has been delayed due to ongoing discussions regarding the best approach to this work.
Rhode Island implemented new evaluation systems and an Instructional Management System in year 2. Building capacity to support persistently low achieving schools was a challenge.  In year 3, the State will take steps toward rewarding effective educators by developing and piloting new compensation structures.
Tennessee launched a statewide Achievement School District to address 5 persistently low achieving schools. Like other states, Tennessee is making changes to its educator evaluation system to address feedback from teachers and principals
The Race to the Top program, which made its first awards in 2010, has provided 24 states and D.C. with about $5 billion through three phases of the flagship competition. Despite the implementation challenges, it’s important to remember the policy advances that were made that led me to suggest (in December 2009) that RttT has already had biggest impact of any grant program.
For more, see Racing to the Top in Delaware (10/12) 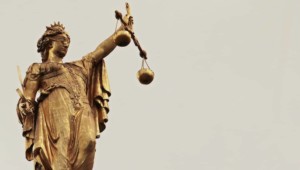 On what's most promising, an informed observer said, "the work TN is doing with TEAM and MA is doing with its Level 4 schools is seeing real traction."