A workshop on the shift to online testing at the CCSSO conference on assessment was sponsored by Pearson and facilitated by advisors to Digital Learning Now.  The Pearson assessment team developed a useful roadmap that has been receiving wiki comments for a couple months.
I moderated a panel with the testing directors from Mississippi, Virginia, and North Carolina who described their experience administering at least part of their state testing system online.  One thing they all agreed on was that state agencies can’t do enough communication–Shelly Loving-Ryder from Virginia said it was key to a network of trust with district testing directors.
Jim Kroening from North Carolina said it was critical that department heads in the state agency–curriculum, technology, and testing–coordinate their plans and speak with one voice to districts.
A talented group from organizations supporting the shift to digital learning (FEE, AEE, COSN, SETDA, SIIA, Innosight) facilitated the state conversations.
I left the meeting with six observations:
1) The shift from paper to online tests will be a challenge for the states on many fronts including logistics, academics, politics, student access, bandwidth, and security.  RttT winners will be better able to resource transition plans.
2) The shift from print to digital instructional materials will help pay for the transition but adds more complexity to the project.
3) The expansion of online and competency-based models adds another dimension of complexity to the design and implementation of online assessments.  For example, end of course exams need to be available on demand (or frequently) to support individual progress.
4) States and districts aren’t ready  for the flood of keystroke data that content embedded assessment will produce.  It’s time for DQC 2.0.
5) It’s still not clear to what extent the two RttT consortia will fully support the shift to online assessment and competency-based learning.  As a result, some states are hedging their bets and belong to both consortia and may still go off on their own a year from now when consortia direction becomes clear.  If they wait until 2012 to make plans for 2013-14 implementation, that’s a really tight timeline (i.e., it won’t happen).
6) The most advanced states, in terms of online testing, have been getting ready for a decade and will still find it challenging to implement a new online system in 2014.  I’m afraid the rest won’t be ready without a lot of help from the consortia and related support groups.
It’s time for states to build an integrated plan for the shift to personal digital learning starting with online testing. Online testing will produce better, cheaper, faster performance feedback for students, teachers, and system heads.  A 4-5 year phased approach should start this summer with surveys of computers and broadband (if not readily available) and a few pilots in September. 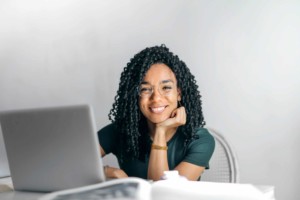