Guest blogger Hawwa Mohammad, who works with The Center for Collaborative Change of Newark, explains how universities are commercializing research by linking professorial ideas with real business. The point is, pairing research and learning with business is a good idea, because universities are the nexus for community involvement.
American Universities are changing the linear perception we have of higher education by creating a concept that brings together research and businesses to take ongoing research efforts and produce tangible results.
The NYTimes recently featured an article titled “The Incubator Goes to Campus” that discussed the concept of commercializing university research by taking the ideas professors develop and linking them with businesses that express an interest in enhancing these projects and introducing them to a commercial market.  Dubbed “proof of concept centers”, the Obama Administration will adopt this model by allocating $12 million among institutions across America. The first proof-of-concept center established in 2001 at the University of California, San Diego has helped start 26 companies that have created more than 180 jobs and attracted more than $87 million in financing. Most proof-of concept centers are aimed at bringing technological innovations to potential investors and investing in ideas that have the potential to become very useful but are often left in labs due to the absence of information on how to expand these ideas.
What struck me was the level of entrepreneurship being carried out by universities. This concept is seemingly exclusive to the realm of public policy/business schools but the idea has been brought to academia. Often times, academia is depicted as a passive approach towards confronting ongoing problems of a community/surroundings. It draws the picture of academics in their ivory towers but this idea advocates for the emergence of sustainable partnerships. Although this is a costly investment,  it carries an underlying sense of urgency by creating an awareness of such partnerships can exist and that there are investors willing to participate in these projects.
These proof of concept centers can be viewed as a way to further explore scientific research but if placed in universities where the community at large can benefit from these the collaborative efforts of researchers and businesses, we increase the ROI on our education while introducing a more innovative model that brings researchers/scientists/ and educators together to meet the needs of a specific community.
Toby E. Stuart, a Harvard Business School professor argues that the proof-of concept centers will happen organically but for now, this “bureaucratic intervention” serves as a great model that will allow researchers to create tangibles with and/or for the community. Across the country within the business school community, there is a rise in entrepreneurship but these proof-of concept centers bring this concept of entrepreneurship into fields where the concept is not commonly introduced. The phrase “smart investments” is brought to life through this concept because  of the investments in research projects that become actualized  and later on lead to the creation of jobs, and products to be used by a broader audience.
These proof-of concept centers can help cement the idea that entrepreneurship can be blended into any and every field and perhaps even push universities to think about this as a form of their “corporate social responsibility”.
Hawwa Muhammad
The Center for Collaborative Change 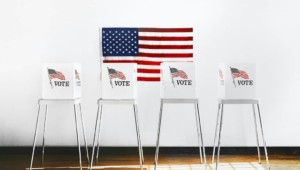 Civics for 2020: This Is How to Engage Future Voters