Getting Smart
MENUMENU
Search
Home Topics Early Learning Reggio Emilia: The Future of Learning Has Roots in the Past 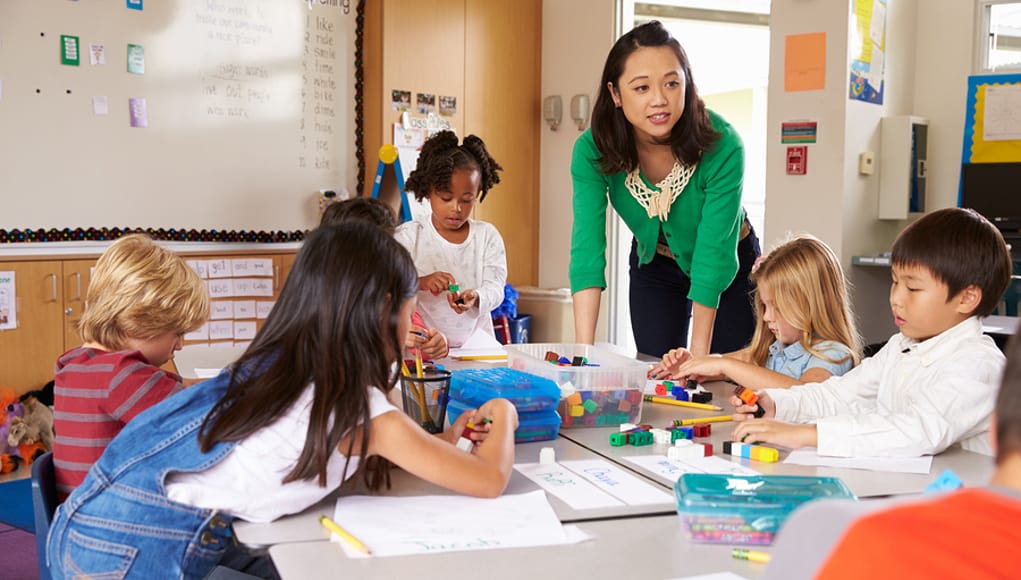 Oftentimes, in an effort to embrace new ideas that seem to describe the future of learning, we forget to examine the countless examples and lessons learned from the past. As explained by authors David Tyack and Larry Cuban in their 1995 book Tinkering Toward Utopia, throughout history, education has experienced change that can be described as both incremental and cyclical. Movements and initiatives often cycle over time, and yet with each repetition, the underlying context has incrementally changed. For example, though recent international reports such as those from scholars at the World Economic Forum, the Economist Intelligence Unit, and the Organization for Economic Co-Operation and Development (OECD) have issued calls to action for education systems to develop students as lifelong learners, this trend can be traced back to the progressive thinkers of the early 20th century.

Similarly, numerous current initiatives focus on creating personalized learner experiences through modern trends such as high-quality project-based learning (HQPBL) and design thinking. However, this pursuit to deliver learning that fuels each whole child has its roots in the Reggio Emilia Approach that Loris Malaguzzi first envisioned in the 1940s.

After World War II, parents in the northern Italian town of Reggio Emilia sold a war tank, three trucks, and six horses left by the Germans to finance the development of a new type of school. The community viewed education as a critical component of their economy as well as society. Therefore, with the support of the children’s parents as well as the city’s residents, Malaguzzi designed what has become known as the Reggio Emilia Approach to education. Today, not only does the city continue to finance and manage dozens of schools founded on these ideals, but the Reggio Emilia Approach has expanded globally and been hailed by education scholars as one of the most innovative learning systems in the world.

Students at the Center

At the heart of the Reggio Emilia Approach lies the belief that all children can be creative, curious, competent learners who, as Valerie Hewett explains, possess “an innate desire to discover, learn, and make sense of the world.”  In traditional schools, students take a more passive stance to learning and wait to be directed or taught by the teacher. On the contrary, in Reggio schools, learning is viewed as a process of self-discovery that children can and must control.

Instead of following prescribed curriculum or using standard texts, teachers in Reggio schools observe the musings, interests, passions, and curiosities of their students and then provide experiences, materials, and questions to support their acquisition of new knowledge. In this context, learning does not consist of isolated facts or skills pre-determined by the teacher. Rather, it is a deeply personal exploration that values higher-level thinking.

The pedagogical philosophy underlying the Reggio Emilia approach has its roots in the thinking of constructivist scholars such as John Dewey, Jean Piaget, and Lev Vygotsky. From this perspective, rather than disseminate content or plan standard lessons, teachers mentor and encourage students as well as co-learn alongside them. Ultimately, constructivist teachers focus on creating the environmental conditions that allow students to best learn for themselves.

Driven by Dewey’s theory that students are natural researchers, Reggio teachers take great pains to curate objects, artifacts, and experiences that inspire inquiry. This idea connects to Piaget’s notion that a child’s interactions and investigations within their physical surroundings ultimately allows them to make sense of the world and construct meaningful understandings. However, the Reggio Emilia Approach combines Dewey’s emphasis on the student as researcher and Piaget’s definition of learning as active construction of meaning with Vygotsky’s theory of learning as an inherently social process. As described by Vygotsky’s Zone of Proximal Development, collaboration with adults and more knowledgeable peers allows students to develop and learn in ways that may not be possible if left to work independently. This philosophy mirrors the mission of the original Reggio Emilia school that viewed itself as a critical component of the broader community. As such, the social interactions between students and their peers, teachers, and parents play a critical role in their education.

The Reggio Emilia Approach in Practice

These core beliefs of student-centered, constructivist learning manifest in the completion of long-term, real-world projects. As teachers observe and cultivate student passion and curiosity, they encourage children to complete projects that allow them to discover new knowledge, interests, topics, and ideas. Fueled by student interest and passion, these projects serve as a catalyst for academic and social exploration. Further, given Reggio’s strong emphasis on community involvement, projects often transcend traditional learning “walls” allowing students to consider the entire world as their classroom.

Finally, the Reggio Emilia Approach values what Malaguzzi referred to as the 100 languages. He recognized that students should have agency, not only in what they learn but also in how they demonstrate their understanding. Rather than limit students to single forms of expression, Malaguzzi believed that they should be encouraged to share their learning through art, dance, dialog or any other means make their thinking visible. These ideas may sound familiar in today’s education world, so it came as no surprise that the future of learning clearly has its roots in the past.

Dr. Beth Holland is a postdoctoral research fellow at the University of Rhode Island and the Digital Equity Project Director for the Consortium for School Networking (CoSN). Connect with her on Twitter at @brholland.