Before we all head into our holiday break, I wanted to take a quick moment to share a video from one of the most inspiring educators I have ever met, who decided to test a seemingly crazy theory about student learning:

Student’s can learn entirely on their own.

Sugata Mitra stuck a computer in a wall in one of the poorest slums in India and watched as one by one students came to learn from this foreign machine. They explored ideas on the web; became familiar with new software; and even taught each other English to operate the system.

I promised him that this week I would pull back the curtain and share with you his secrets.

Spoiler Alert: It has NOTHING to do with the computer.

You could replace the computer with a lawnmower, motorcycle, handsaw and wood or even better — use a rocket ship.

It wasn’t the computer, but the conditions surrounding the computer that allowed these SOLEs (Self-Organized Learning Ecosystems) to emerge.

Sugata Mitra revealed these conditions to me one by one in our long walk along the Hangzhou Lake following a conference. I hope they inspire, or at least re-affirm, what you already know about student learning.

The “FAME” of Sumatra’s experiment

I’ve organized the principles in a helpful acronym. Think of them as the “FAME” you feel when creating the conditions for the best student learning experiences.

When students first approached the ‘hole in the wall’ some 17 years ago, they were quite afraid. They weren’t concerned that the computer would zap them or transform them into tiny mice. They were afraid someone was watching. Were they guinea pigs in some sick experiment? Many passed the computer and let it be. But slowly some kids built up enough courage to approach it, and even explore its functions.

There were no rules attached to the computer, but rules evolved naturally. There were no mandates that kids work together, but groups formed in order to teach each other. There was no Google Translate or english guide, but students learned English in order to operate the machine.

This experiment worked because kids had the freedom to explore. In fact when Sugatra did place a camera in a faraway place to monitor their progress, suddenly the computer had no visitors. It was as if all the sense of wonderment left the students.

How might you provide students the same freedom to explore in your context?

In the slums of India, a computer represented the novel concept. Stick that same computer in a classroom in the United States and you might not find the same sense of awe. That’s because it’s not authentic. However, stick a bunch of robotic parts, wires, sensors, motors, etc. in the middle of a classroom and post a picture of a finished robot and a timer that counts down from 120 minutes, and I bet you would find nearly 100 % engagement. That’s because the learning experience is authentic to the context.

Another example of this authenticity, provided by a friend in a Montessori Adolescent Programme had students arriving to an open field with some old, beat up lawnmowers. Their task: Mow all the fields in two hours. The catch- none of the lawnmowers worked. Some had spark plugs removed; some had empty gas tanks; and others had loose blades. It was up to the students to identify the problems and find appropriate solutions.

Sugatra’s experiment has led him to work in several countries to set up his “Schools in the Cloud.” They include nothing more than computers, a few screens and a compelling inquiry written across a white board. In each circumstance however, he needs to adapt the objectives or goals to better meet the needs/ interests of the learners.

How might you engage your learners around simple, authentic experiences?

This principle is similar to the last. The computer will lose its “wow” factor the minute it doesn’t serve a purpose. In fact, I’m sure if Sumatra ran the same experiment today, he would not have the same results. That’s because computers have evolved and there is almost TOO much to learn. Fifteen years ago one could have access to the web and a few simple software programs that involved only a few repeatable keystrokes.

As his experiment evolved, he learned the importance of asking students to answer deep, thought provoking questions. This ensures students prioritize their time, and work towards using the computer (or whatever instrument you decide upon) to find meaningful answers.

One example Sugatra shared with me: Instead of asking students to answer: “What is Gravity?” Instead, ask “Why when you drink a soda, do the bubbles rise to the surface?” This question creates a sense of wonder and encourages students to explore.

When we simulated a refugee crisis for our 7th grade Humanities class, we placed students in the centre of the room, gave them a view of the open field out back, and told them they had one day to plant food. The questions strewn across the whiteboard: “How do you feed your society in the thick of winter?” Knowledge suddenly served a greater purpose. They would need it to survive.

How might you create a sense of wonder in your classroom or school? What would make your SOLE (self-organized learning environment) meaningful for students?

Requiring students to exhibit findings raises the caliber of their work to another level. In the case of the “bubble” question, students were provided a cup, some soda and the computers. They were asked to share their findings with the class in less than 60 minutes time. By knowing they had to present, it forced them to focus their research and investigation on the key question/ concepts.

In the case presented earlier about feeding their society, students had to plant their vegetables the next day (last day of planting in Beijing). These natural time frames force students to prioritise their findings around discovering and sharing answers around the central question.

You don’t have to teach in a slum in India to create a sense of wonder. You simply need a little imagination. Students are capable of learning and organizing themselves completely on their own if they have the freedom to explore, are engaged in authentic, meaningful experiences, and have the chance to exhibit their work. If you want to find out more about Sugatra’s SOLES, check out Schools in the Cloud.

I hope you have an incredible (and much deserved) holiday break! 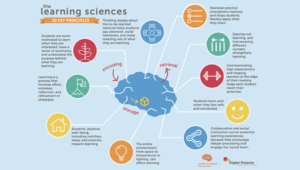 This experiment attempted because children had the freedom to study. Suddenly, the computer did not have a camera when a camera was in a remote location that tracked the progress of Suhadra. All sense of faint was like leaving students.

I'm not sure I understand the term "authentic" learning environment. I get that a computer isn't novel in a US classroom, obviously, but why wouldn't it be authentic or genuine?

Hi there! I think the author was mostly referring to the "old learning style wrapped in shiny edtech" conundrum. Not saying that computers can only deliver that kind of learning experience, but that it's a danger we should be thinking about.