I grew up in the Federal Way School District in Washington State, where I received what I would now consider to be a solid 20th-century education. I had supportive, effective teachers, and our district leaders were working to begin innovative new programs—but the importance of concepts such as Deeper Learning and PBL had not yet reached my classrooms, and few realized how quickly technology would become crucial to students’ future success.

As a somewhat recent addition to the Getting Smart team with a background in digital marketing & communication, I wasn’t sure what to expect when I was invited to go on a school visit in my home district to meet the teachers and students at the Technology Access Foundation Academy (TAF). I felt like a prodigal student.

TAF is the Technology Access Foundation’s first full school, founded 12 years after the Foundation opened its doors in 1996. It is an effort to demonstrate that the Foundation’s focus on providing high-quality, project-based STEM education to students of diverse backgrounds can be an effective school-wide model for affecting social change.

An innovative new program for Federal Way Public Schools (FWPS) that sprung up right around the time of my own high school graduation, TAF is already proving effective in its mission. It educates its 300-person, 6th-12th grade student body through a rich blend of PBL, STEM and SEL, and 100% of its graduates have been accepted to college. Due to its success, TAF is now gaining enough attention to spread its message. Next year, according to Federal Way Superintendent Dr. Tammy Campbell, TAF will relocate to one of the district’s lowest-performing middle schools (Saghalie). There, the plan will be to expand TAF’s program to the entire sixth grade body of Saghalie, eventually building up from the ground level to school-wide (and, some day, district-wide) change. In the next three to five years, she says, “we want to have some of the most innovative K-8 programming in the state.”

To that end, the district is partnering with New Tech Network and eduCurious to utilize the resources of those networks as it grows its programs.

On the Ground at TAF

The reason the district is working to spread TAF’s program was clear as soon as we began our visit. The school focuses on supplementing its project-based STEM education with a healthy dose of SEL (students attend mixed-grade advisory three times a week, where they work on a “Habits of Mind” process) and students’ interests.

Students were working on a wide range of projects, from making animated PSAs about health hazards, to developing flooring that creates electricity through the friction of footsteps, to 3D-printing a functioning prosthetic thumb for a student’s uncle. Many were so engaged in their work on these projects that it was hard to get them to take time away to explain what they were doing (I don’t think I ever willingly turned down a distraction when I was in school).

Caitlin Engel, a digital arts teacher at the school whose classroom we visited, was in the middle of giving her students a “genius hour”—the standard Monday schedule in her class, modeled off of Google’s practice of giving engineers 20% of their time to work on personal passion projects (a practice leading to many of the company’s innovations and new products).

My fellow Getting Smart team members were equally impressed by the students and teachers at the school:

“To see students creating meaningful work so deeply connected to their own passions was refreshing.” – Megan Mead

“Not only were students working on real world projects that they got to create based on their own passions, they were also able to clearly articulate their work and ‘show what they know’. I loved that in almost every classroom teachers were not the center, but instead were facilitators of learning.“ – Jessica Slusser

Preparing Students for an Uncertain Future

Part of what resonated so deeply with me about this experience was that it was so different than my own education in terms of both technology integration (I graduated in the years just before smartphones and computers were in every classroom) and guiding vision of preparing students for a future that will look very different from today.

In my professional career, I have personally experienced the effects of the shift towards a project-based and gig economy. As I work more with Getting Smart and read more of Tom Vander Ark’s work, I have reflected on my own career. In my first professional job alone, I counted 12 distinct and unique long-term projects that I took part in, each requiring new skills and an ability to adapt to new circumstances. This is the new norm, and it will only become more common.

Luckily for them, the students of TAF are preparing for this world. They are finding problems they want to solve, using technology to develop creative solutions and seeing those solutions through to an end result. 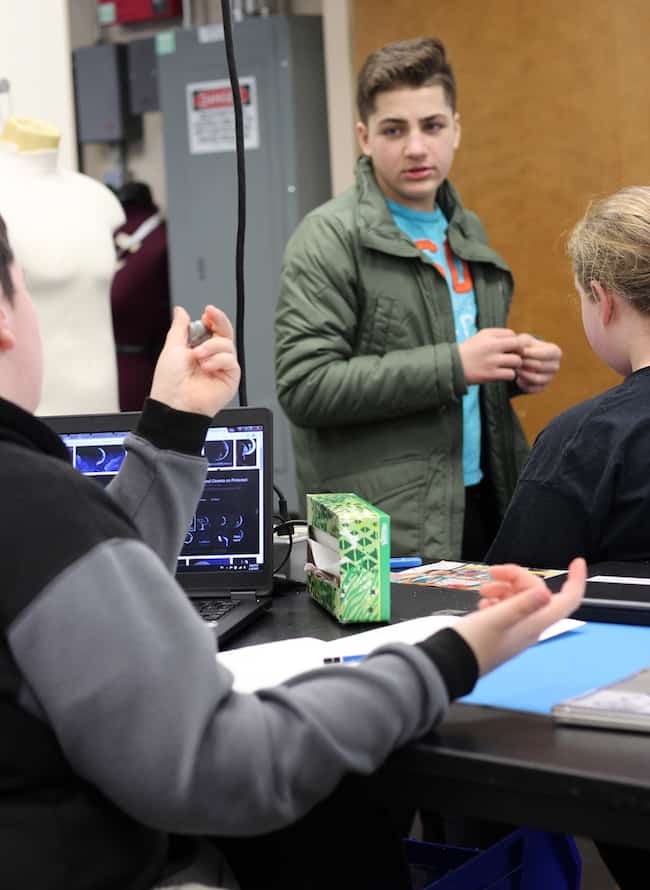 Of course, there is still progress to be made. TAF is just one part of a large school district–a not insignificant part of which still has one foot in the 20th century.

But as Federal Way Public Schools works to spread TAF’s effective program to other schools, they have the help of a superintendent dedicated to a culture of innovation (Dr. Campbell is committed to providing the whole district with opportunities including chances to meet with CTE representatives, take part in hackathons, and engage with scholars working in areas such as robotics and engineering) and the support of their network partners. I left my first school visit thinking of TAF as an encouraging snapshot of the movement towards 21st-century learning that we are all working to expedite.

Why Schools Should Promote Applied Learning