A growing number of advocates of learner profile are looking for technical solutions to scale personalized learning. Doug Levin, former Executive Director of the State Educational Technology Directors Association (SETDA), originally posted this article on his blog, EdTech Strategies. We’ve recently blogged about the importance of learner profile in promoting competency-based education as well as a compelling project in the Puget Sound region that is working towards data integration to mobilize personalized learning.

Tom Vander Ark of Getting Smart has argued that “parent-managed learner profiles” will by key to both enabling and scaling personalization in education. As Tom envisions, these profiles would include all of the elements of traditional school transcripts, supplemented with richer, more nuanced, and actionable information about student learning attainment, achievement, and needs. Critical to this vision is the ability for the student transcript to both be easily portable (and under direct parent/student control) and decentralized (in that traditional education institutions should not completely control or dictate its contents). 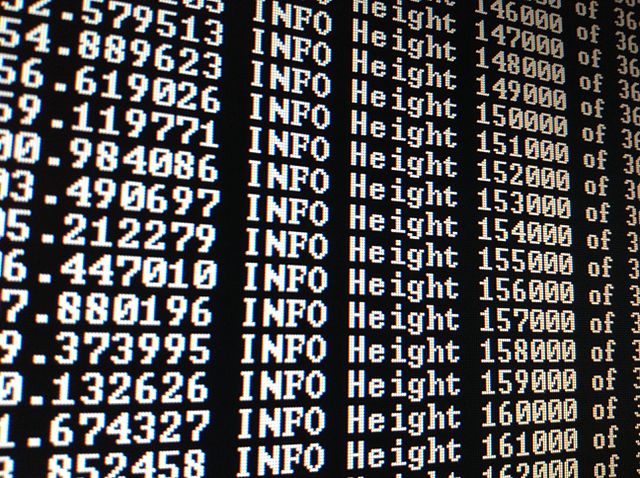 While digital badging and its underlying technical approach points a way forward to solving some of the issues associated with a ‘distributed proof of learning’ system, there has emerged another approach that might hold even more promise: blockchain technology.

For those not familiar with the concept of the blockchain (and I wasn’t until I serendipitously learned of Gridcoin, the socially-conscious kissing cousin to the more famous crypto-currency Bitcoin), here’s a simplified description:

The blockchain is a secure, openly replicated and distributed, ledger of every…transaction ever executed. In addition to this data being openly shared amongst all participating services, there is a mechanism to constantly identify discrepancies and test them across the entire network, automatically identifying and overriding illegitimate transactions as it goes. (excerpted from Forget Bitcoin – Blockchain is coming: Blockchain will be the banking MP3 disruptor)

In essence, blockchain technology allows a system of trust to be maintained in the absence of a central authority. Here’s an explainer from the futurist Don Tapscott:

Now re-listen to this piece by Tapscott considering that the institutions that could be disintermediated are schools (and not banks) and the transactions that could be recorded would not be money (or Bitcoin) but proof of learning. In this way, I believe blockchain offers something different than what is brought by the digital badging movement (and I was not surprised that others even closer to this work than I also have noticed this connection, perhaps most notably Doug Belshaw).

For that reason, I was struck by the recent announcement by Holberton School to authenticate its academic certificates with the Bitcoin blockchain, marking the first time (apparently) that an educational institution has deployed this approach in practice. Why?

“The blockchain is the future of certification, and we believe that in the following years, more schools will use the public blockchain to secure their certificates and diplomas,” said Sylvain Kalache, co-founder of Holberton School. “It is much more efficient, secure, and simple than what you can find today in the industry. We think first about our students — we want to make sure that our certificates will always remain valid and verifiable by employers. It will also keep them safe and impossible to copy or hack.”

For a parent-managed learner profile to flourish, we need a distributed system of trust in the credentials in that profile. I think blockchain may be a viable approach, and I very much look forward to learning from Holberton School and the others who will surely follow their trailblazing path.