Todo Math is an engaging and surprisingly comprehensive math learning app designed for kids from preschool through the elementary grades. The app is organized as a series of “missions,” which progress in difficulty. Players may start from the beginning and go straight through, or can jump directly to a specific mission — ideal for an app which will serve a broad range of learners. Each mission is a suite of several individual games, often organized around a common theme, such as pattern recognition or subtraction.
The games are visually appealing and encourage logical thinking as well as teaching math concepts. Usually, there are multiple ways a player can solve a problem, an approach that is now standard among math educators. The charmingly-designed “tallies” game, for example, features square, smiley-faced tallies arrayed below a horizontal line. Numbers on the side indicate how many tallies are above the line and how many below, as players are prompted to join stretchy- armed groups of tallies to create a specific number. Visual learners may focus on counting the individual tallies, while other players may focus on the numerals. Similarly, the word-problem- based “word windows” games feature window shades which a player may pull up or down, showing a statement such as “5 cupcakes” on the shade and a picture of five cupcakes through the window. The word windows games also provide a button which will read the main question aloud to the player, a feature which will benefit auditory learners. As a whole, Todo Math offers an impressive number of features to assist different kinds of learners. The app has an option to use a font designed for dyslexic readers, as well as a left-handed option, which orients all of the games so that answer sections are on the left. Higher contrast and number pad options are marked as “coming soon” on the setup page. Missions intended for early learners provide audible instructions, and do not require reading, so that pre- readers can complete the games without adult assistance.
The same games return in more challenging formats as the player progresses through the levels. For instance, the “same or different” game, based on the familiar memory card game, proceeds from simple memory matching up to matching different equations that have the same answers — requiring players to exercise both their memory and their math muscles at the same time.
The app provides steady encouragement as the player proceeds, giving stars for completing problems in games and medals for completing missions. When a wrong answer is given, the app provides a gentle cue — a piece might shake from side to side or slide back into place, or a quirky noise will sound — and the player may try again until the correct answer is achieved. If the “help” option is turned on, after one wrong answer a red button at the top right of the screen will show a hint when pressed (though this function does not seem to operate in all games).
In addition to the 30+ missions, Todo Math offers 18 free choice games and 3 different in-app purchasing options. The number of activities that are offered for free would keep any kindergartener plenty busy for the summer. No advertising and all links to the internet are behind a parental gate.
As for flaws, this app has fewer than most educational apps on the market. There is no option to turn off the continuous background music, which grows tedious (at least to adult ears) after several minutes of play. More importantly, the “my info” page gives a parent very little idea of what an individual player has been working on, and which areas he or she might need some assistance with. [The forthcoming parent page will hopefully provide more robust reporting for parents and teachers.]
All in all, Todo Math is a complete, well-designed app which will serve children through all stages of early elementary math education. Perfect for supplemental math practice at school or at home. And, it is well worth the purchase price. 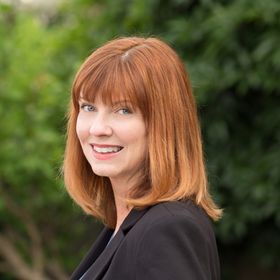 This app is absolutely great for my six year old grandson. When he comes over he immediately grabs my IPhone so he can play the game. He is very excited about learning how to work with numbers. Only problem is that I purchased him a tablet and have not been able to get the app on it. Im wondering is that only an Apple app.