Bart Peterson took office as mayor of Indianapolis in 2000 and quickly won the right to  authorize charter schools–the first mayor in the country with that authority.  That caught my attention in 2001, so I visited the mayor and his talented aides David Harris and Ellen Quigley. Harris ran the mayor’s charter school office (which won Harvard’s Innovations in American Government Award); Quigley went on to serve as Deputy Mayor. Unlike the charter free-for-all in some states, Harris moved carefully to ensure quality.  They approved a few schools and saw favorable early results.  But he recognized the need to build and import talent and school models to bring quality to scale. To pull that off, Harris launched The Mind Trust in 2006 with Mayor Peterson as board chair. In part because of that, Indiana earned a B- on the most recent edition of the Digital Learning Now Report Card. Inspired by talent development shops like Teach for America and charter networks like KIPP, Harris deployed his core insights in a way that has became a national model. As the Bay Area became an ecosystem of innovation, The Mind Trust’s founders wanted to cultivate in Indianapolis a similar climate of talent, creativity and boldness – one focused on improving education.
Following is a recap of the five strategies and a few highlights:
1. Recruiting the top national organizations:

4. Scaling up the highest-impact efforts:

Since The Mind Trust’s launch seven years ago, their relentless focus on empowering talented people to transform their city’s public education system has established The Mind Trust as the driving force for improvement and innovation in Indianapolis. The Indianapolis Star has described The Mind Trust as “at the center of the reform movement in Indianapolis” and credits the nonprofit for “single handedly chang(ing) the tenor of the debate surrounding the city’s schools and (bringing) an army of education talent to Indianapolis.” Through their Charter School Incubator, The Mind Trust has launched or expanded five world-class charter school networks in Indianapolis. Additionally, they have helped to launch seven break-the-mold education nonprofits in the city through their Education Entrepreneur Fellowship. And now, The Mind Trust is creating its third incubator–the Innovation School Fellowship–which will allow for more high quality, autonomous schools within Indianapolis’ largest district, Indianapolis Public Schools. The Mind Trust’s Innovation School Fellowship will maximize the power of a historic law that passed during the most recent legislative session enabling IPS to contract with successful school leaders and management teams to start new schools, called Innovation Network Schools, in vacant or underused IPS buildings or in place of persistently low-performing schools.
Cool Schools. Carpe Diem-Meridian is the second 6-12 school in the expanding network  modeled after the famous Yuma blended school. They explain that “Indianapolis was selected as our first expansion site because of the area’s extensive educational reform efforts, acceptance by the state board of our request for the approval of six charters, business support and partnership potential to include financial and student internships, as well as community support for quality education and educational choice.”
Nexus Academy, a flex plus model supported by Connections Learning, will open in September. The school will share a floor with theGlendale Branch of the Indianapolis Public Library, the country’s first full-service library in a major shopping mall. Renovation is already underway: knocking down walls to create Nexus Academy’s uniqueopen campus design.
Hoosier Academies Indianapolis, powered by K12, which serves K-12 through an “enriched virtual” blended model.
Virtual schools include Indiana Connections Academy and Indiana Online Academy. Indianapolis Public Schools offers 21 magnet schools.  They are looking for their next superintendent–let’s hope they hire someone that embraces the emerging portfolio.
STEM & EdTech. National STEM curriculum providerProject Lead the Way (PLTW) moved to Indianapolis last year with some encouragement from Gov Daniels and Superintendent Bennett.  With 400 participating schools, Indiana is the largest PLTW state (but will soon be overtaken by growth in CA & TX).  Half of the 90 employees work in Indianapolis. The Innovation Portal, a PLTW initiative, is a STEM portfolio that scores and stores engineering design and project-based work so that universities can consider authentic student work in their admissions process. Autism Brainstormis an inclusive website by and for the autism community where Michael Leventhal conducts a weekly program about technology for autism.
Higher Ed. Indy is home to three online higher ed innovators:

A hub in the foundation world, Indiana University-Purdue University Indianapolis is home to the Lilly Family School of Philanthropy.
Conclusions.  The Mind Trust has continued its focus on policy work. This year the organization has worked with a bipartisan and diverse group of 16 community leaders to tackle two longstanding education challenges facing the city – the underuse of school facilities in the city’s largest district and low-income families’ lack of access to affordable pre-K. Leading the group –named the Lewis Hubbard Group — are Maggie Lewis, President of the Indianapolis City-County Council and Indianapolis’ highest-ranking Democrat, and Al Hubbard, a successful businessman, former Assistant to the President for Economic Policy/Director of the National Economic Council during George W. Bush’s administration, and former Indiana Republican Party Chairman. Their focus on the facilities underuse issue has captured the attention of the public and several civic and community leaders, including Indiana Gov. Mike Pence, who cited the group’s research in remarks introducing his 2014 legislative agenda.
In just six years, The Mind Trust has established itself as the driving force for improvement and innovation in Indianapolis. The Indianapolis Star has described The Mind Trust as “at the center of the reform movement in Indianapolis” and credits the nonprofit for “single handedly chang(ing) the tenor of the debate surrounding the city’s schools and (bringing) an army of education talent to Indianapolis.”

Connections Education and K12 are Getting Smart Advocacy Partners 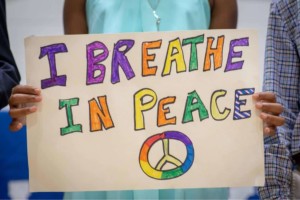