Now that you’ve got the school yearbook set up with social media accounts, it’s time to tackle the very gray area of privacy in the digital age.

In just the past decade, those who battle for the right to privacy have taken on an entirely different fight and sites like Facebook, with their frequently changing and often confusing privacy policies, don’t exactly make it easy to keep up. But, like it or not, it’s an issue that has to be kept up on.

Recent reports show that Facebook currently has a staggering. 680 million of them , posting from their smartphones. And if those numbers weren’t jaw-dropping enough, Facebook says that  to their servers daily.

Just based on those statistics alone, even the most private person on earth would find it difficult to not end up online eventually, whether they know it or not. So, how do you stay connected to your yearbook social networks while still respecting the boundaries of privacy? 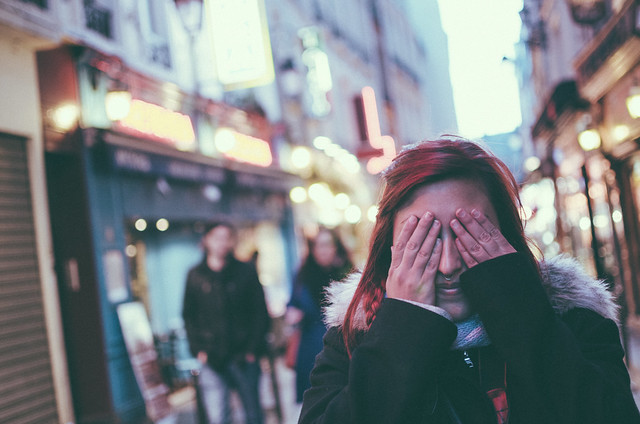 As a yearbook advisor, we know that the safety of the students at your school is always your top priority. But many of us don’t always think about the school’s social media as being a safety issue. Some parents disagree, though. (Image source: Flickr user gdiazfor)

Whether it’s done by schools, friends, or even family, some parents take major issue with their kids’ photos being posted onto social media without their explicit permission. A recent survey conducted by Pew Research Center concluded that, “Parents are especially protective of images of their children, as  that people posting pictures of their children without asking permission first is something they strongly dislike about using Facebook.”

Posting photos of children unintentionally can happen very easily. At the ballpark while watching my son pitch a game, I used to never think twice about snapping a picture with my phone and posting it to my “private” wall. But after a parent requested that I take down the photo because she was uncomfortable that her child could be seen in the outfield, I suddenly realized that what seemed harmless to me may not always be as harmless to others.

Soon after that incident, I also discovered that when it comes to photos posted to social media sites like Facebook, Instagram, and Twitter, the site can basically , and they can do it without your permission or notification. This is definitely an issue that doesn’t sit well with all parents, and understandably so.

To get around this issue, many schools have begun requiring parents to sign a photography and video waiver form that allows them to specify whether or not they allow permission for their child’s likeness to be taken and whether or not their name can be published with their photos. If your school is not already using one of these, it’s definitely time to start. A quick Google search will turn up  that you can use to draft your own.

For starters, be mindful of the pictures that you are posting to social media. Keep the more personal candids for the yearbook. The more general shots that are less personal can be considered for posting online occasionally. (Image source: Flickr user Martin Lopatka)

Also, keep a list of the students whose parents signed the photo waiver restricting their photos from being published online with you at all times. This will save you a lot of time and grief later on when you don’t have to match up each file you’re sifting through with names on the list.

Consider watermarking any photos that you post on social media accounts. This can be very helpful in preventing the networking sites and other businesses from trying to claim them for their own use.

And, as always, just use good common sense. Not everything has to be posted online. Social media is great for marketing and promotion, but you don’t have to cross into the boundaries of students’ privacy in order to maximize that.

You can rest assured when using TreeRing that privacy and safety are never an issue. Not only are TreeRing yearbooks private to each individual school, but all yearbooks are monitored by a parent, teacher, or a yearbook advisor. So you never have to worry about over-sharing, or inappropriate comments or photos. Just a good, wholesome yearbook that students and parents will be able to enjoy for years to come.

TreeRing is a Getting Smart Advocacy Partner.