By: Dr. Thomas Palfrey
“When things get boring in a chemistry class the instructor can always blow something up. Classroom experiments give economists the same ability to help their students experience the principles they are learning in class that a lab does for a chemistry instructor – minus the risk of setting the classroom on fire.
–Science Education Resource Center at Carleton College
I taught my first undergraduate economics class at Carnegie Mellon University in 1980. I had disliked every economics class I took when I was an undergraduate at University of Michigan, which is one reason I majored in Political Science. Those classes were incredibly boring, and there was no explanation for how prices in markets emerged. The theory seem unconvincing to me and lots of assumptions seemed to be made. Theory said that consumers and firms took prices as given, but where did the “price” come from in the first place? The answer of course was the invisible hand, which to me bore a closer resemblance to superstition than to science.
One of my advisors and mentors, Charlie Plott, had told me in graduate school that if I really wanted my students to understand the hocus pocus of the invisible hand, the best way to do it is for the students to see it in action for themselves. So, the second week of class I ran a simple market experiment using Charlie’s tried and true technique to impress the students of the power of theoretical models in economics. It also demonstrated to them how a competitive price can emerge from the self-interested behavior of buyers and sellers. His experiment does almost seem like magic, and here’s how it is run:

The instructor firsts assigns valuation schedules to half the class (the buyers) and cost schedules to half the class (the sellers) and announces that everyone is going to be either a buyer or a seller in a market for a fictitious commodity. The instructor then explains the simple rules for making and accepting bids or offers in a real-time double auction. Finally, the instructor produces a sealed envelope and simply says “this is what is going to happen: we will open the envelope when we are done with this experiment and see what it says.” Then the class makes bids and offers and trades in a brief trading session. After a few minutes the trading activity peters out. There is some dispersion in the prices at first. The class repeats the same exercise again. Prices tighten up a bit. Then the class does it once or twice more. This all happens in the span of about 20 minutes.

I did this using the chalkboard to write down bids and offers, with students using pencils and paper to make and record trades. Now with Moblab you can do it much faster than this! When it’s all done, the instructor opens the sealed envelope with great flair, and passes it to a student in the front row who reads out loud, “Over time, the price in this market will converge to $4.77 and 19 units will be sold in each period.” Invariably, the prediction is almost spot on. The instructor then constructs the demand and supply schedules based on the buyer valuations and seller costs, and shows that the intersection of those two schedules corresponds to the competitive equilibrium price and quantity of their market.
What has this experiment done? First, it gets students engaged. They are busy trying to figure out how to buy and sell. “The Market” is not an imaginary thing in a dry textbook. They are the market.
Second, it’s not boring. It’s exciting. The students are teaching themselves rather than passively listening to a monotone voice in front of the room trying to explain imaginary supply and demand curves that intersect to somehow determine a price and a quantity. Third, the student sees that the theory is actually something to take seriously, that it has an empirical basis. It isn’t based on just pie in the sky theorizing. Fourth, the student gets a sense of how an equilibrium price can emerge from the dynamics of a trading process as a result of competitive forces. Fifth, and most important, it piques their interest in economics as a scientific discipline. The dismal science comes to life!
Now, I cannot imagine teaching undergraduate economics without using classroom experiments. The one described above is just a sample, albeit a very important one. With Moblab, it’s easy to design your class so that a variety of different experiments can be conducted over the term, allowing students to learn, first-hand, important economic principles based on their own decisions and experience in these experiments.

Dr. Thomas Palfrey, is currently the Flintridge Professor of Economics and Political Science at the California Institute of Technology in Pasadena, California, and a senior scientific advisor of MobLab. 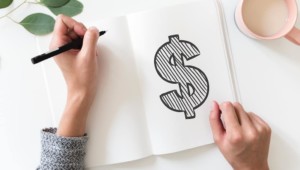 A Moonshot to Address Wage Stagnation