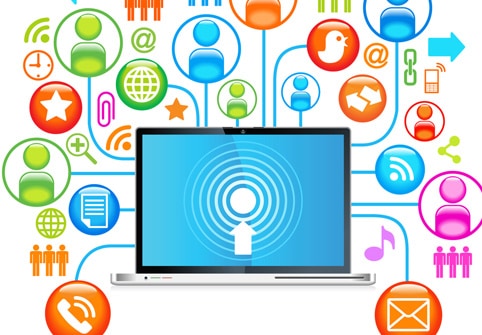 By Francisco Nieto, sleek-geek cofounder and teacher at ASCEND K-8 in Oakland, CA

Let’s face it; if you are serious about jumping into the edtech world and you are lucky enough to live around a tech hub, then it’s likely you’ve heard of hackathons. These events offer an opportunity to meet hungry programmers and enthusiasts of all sorts. One thing’s for sure, whether you’re a Web guru, a backend ninja, or educator looking to bring a bright new idea to life, it’s best to show up knowing what to expect.

With mobile apps for education trending these days, it is no surprise that lately these caffeine-infused coding marathons are focusing more and more on ed-related themes drawing hundreds of smart and passionate folks ready to battle it out for the top prizes. Notable examples are Remixed Ed K-12, led by Teacher Square’s Jessie Arora, Facebook and Gates Foundation’s HackEd, and AT&T’s education hackathons around the country.

One idea behind these coding challenges is to help build a bridge between the folks closest to the problems and those who love to program solutions to them.

As some have observed, developers and educators don’t always know how or where to speak to each other. Engineers and developers seek inspiration from people in the trenches. On the opposite end are the innovative teachers who want to harness technology to positive change and outcomes, but don’t have the coding skills to get going — two disparate lovers, escaping the dysfunction of their roots, in search of a dating service. For them, hackathons are places made for cross-pollination that everyone hopes will lead to new, healthy offspring that will make the world a better place.

And while questions still remain whether hackatons are an effective recipe for everybody (see Audrey Waters, on Hack Education) I think that with the right approach, they can have an immensely positive result if you are passionate about your idea and you are mindful of what to expect.

My personal experience with hackathons really began last June, when I attended AT&T’s Hackathon for Education in Palo Alto with Reina Cabezas, another techy teacher whom I had been partnering with to learn to code, build, and design iPad apps. We didn’t know what we were getting into, but we came with a bunch of ideas that we wanted to pitch with the hopes that someone might step forward and help us build them.

The idea was to replace the burdensome oral reading fluency assessments known as running record with something fast and effortless that could save teachers time and bring parents into the equation. JeanCarl Bisson, a web developer and hackathon regular who saw potential in us and our plan, stepped up and said, “I can build that.” What would have taken us months or so to do, he cranked out over the course of the weekend.

Much to our surprise by 10 p.m. Saturday night we had beat almost thirty other teams and walked away with first place with Read With Me.

It was time to build and deploy.

Over the summer we spent hours fleshing out the app into a Web-based solution that could be customized to fit any content, so parents, teachers or anyone could keep track of a readers’ oral reading fluency without all the headaches and time burdens of administering oral reading assessments.

Our newfound partnership incorporated in September under the name sleek-geek, works on putting out education related apps borne out of real classroom needs and experiences.

Then in October, we went back to The Foundry, AT&T’s innovation space in Palo Alto, for another hackathon — this time with the theme of social good. We had been invited to present Read With Me. Instead, we decided to present another app concept that I had been thinking about while reviewing my school’s (ASCEND in Oakland) office referral policy. I mean why should kids sit in offices for hours clogging up place and wasting valuable learning time while admins spend time gathering data, writing down statements and disseminating consequences. Couldn’t a nice mobile app do all that?

School Office Pal was sketched up in a few hours using mock ups drawn on my iPad, I sent JeanCarl the PDFs who was already at the Foundry waiting for an inspiring idea to get started on. He got to work and by the end of the day we had ourselves another winner. Reina and I developed the idea further, filmed the videos that would be part of the app, and showed it off to the audience along with a brief Prezi.

“That’s exactly the kind of stuff we like to see,” said Alex Donn, the AT&T judge in charge of the event as we walked off the stage. We ended up taking second place behind an app to manage stress levels.

And while back-to-back wins were exciting, we realize there is more to these things than just claiming your prize. The whole idea for us of going to hackathons, besides the food and caffeine and the lively conversations, is the opportunity to put together a product that can eventually change for the better in the way our schools are run and how learning happens. That’s the most rewarding thing about it.

So what else did we learn from all this? What advice can we share with others who want to try their chances at one an education related hackathon near you? Check out the follow-up post tomorrow for tips on how to make the best of your next hackathon experience.