This blog first appeared on The HuffingtonPost.
“All students should read at grade level by the end of third grade.”  Sacramento mayor Kevin Johnson visited the Northwest this week on behalf of our friends at the League of Education Voters promoting this simple but important idea.  It’s a simple, important, and powerful message that is central to his Stand Up campaign in Sac and his new role as Education Chair of the U.S. Conference of Mayors.
After retiring from the NBA in 2000, KJ returned the Oak Park neighborhood of Sacramento where he grew up and started to turn things around.  He became a one man economic development department, bought up a few dilapidated buildings and opened a coffee shop, a barber shop, and an art gallery.
In 2003, he set his sights on Sac High, the big bad neighborhood that pushed out more students than it graduated.  Superintendent Jim Sweeny was an early leader in the urban portfolio strategy—a district of choice featuring multiple operators—and knew that closure and replacement was the only way to promote dramatic improvement in a reasonable amount of time.  KJ’s nonprofit, St. Hope, applied for and won a charter to open six schools on the Sac High campus.  The schools have demonstrated significant improvement in graduation and college attendance rates as well as academic achievement.
Next Kevin launched an elementary school, PS 7 , now recognized as one of the top performing schools in California.  The long day and long year have reversed the achievement gap between this low income school and the schools serving affluent populations.
There are a few other all stars have helped to form academically successful schools, but KJ didn’t stop there.  In addition to being mayor of Sacramento, Johnson is one of the most important and effective advocates for education equality.   Some folks here in the Northwest don’t agree with his support for charter schools, but who can argue with his stand for high expectations and every student reading in third grade?  Johnson told a crowd in Tacoma, “If education is the civil rights issue of our time, we need to be willing to pay the price.”  Johnson is recruiting other mayors to the reading campaign.  As most states adopt higher Common Core standards, Johnson’s mission is the right one at the right time for America’s great cities. 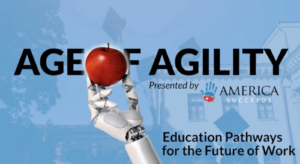