State education agencies play a crucial role in American education.  With the shift to personal digital learning and  the dismantling of NCLB, state leadership will become even more important.  That makes the role of elected and appointed state superintendents and commissioners critical to quality.
Chiefs for Change, supported by The Foundation for Excellence in Education, is a group of reform-minded state education leaders (members below).  Tony Bennet, Indiana chief, chairs the group.  At a Chiefs forum this morning Tony said, “The adults in the system are well represented, but Chiefs for Change exists to represent the interests of students.”
New Jersey chief Chris Cerf pointed out that we deal with policy and politics.  The former can be challenging, but the later is far more difficult.  “This is all about political courage. We have shown a complete lack of political courage for many years. We have beeen nibling around the edges.  There are deep funamental organizational constraints that are the problem.”
Hanna Skandera, who staffed Chiefs for Change before joining their ranks, outlined their Guiding Principles:

Tony Bennet described how the Indiana legislature passed a comprehensive package of reform based on competition, freedom, and accountability.
Paul Pastorek, former chief in Louisiana, said “It is time to stop blaming the kids and blaming the parents.”  Paul said we need to stop just saying “all kids can learn” and prove it community by community. 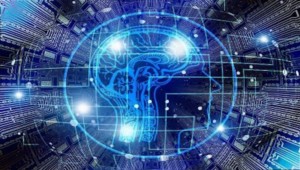 Getting Smart in the Innovation Age of AI When Humans, Not Systems, Run Schools