GM was reborn this week after a massive federal bailout.  The three year saga is a reminder of the creative destruction of the market now whipsawed by derivative accelerants that we don’t yet fully understand.
A learning scientist at another industrial giant pointed to GM as an example of organizational mortality and the need for constant renewal.  Committed to an innovative agenda, they spend 13% of their budget on individual, organizational, and community learning.
“When we look at our public education system, we see a 50 year decline” said the scientist, “a vicious cycle of decay.”  “We are concerned about the lack of STEM students and stagnant achievement levels.” [Note: a reader objected to the ’50 year decline’ quote; it’s probably an overstatement but it’s fair to say that results have been frustratingly stagnant on many measures for several decades despite increased expenditure.]
These guys study complex adaptive systems.  They know more about individual and organizational learning than a university faculty.  They are willing to challenge any unproductive underlying assumption and abandon any ineffective practice to renew the organization.  We could use a little more of that in public education–and this week, Duncan delivered.
The Secretary of Education gave what may have been his most important speech this week at a small AEI event—it’s worth watching.  Duncan began outlining the “new normal”—persistently low tax revenues and the need to do more with less. [It’s worth noting that flat revenue is not just treading water; nearly all district costs are driven by long term contracts which ratchet up each year, so most will be facing annual cuts for years to come.]
Duncan pleaded not to cut back days, instructional time, art, PE, or foreign languages, and not to lay off talented new teachers.  Duncan mentioned some standard strategies like closing under enrolled schools, cut bus routes, and reducing central office.
The remarkable part of Duncan’s speech was his case for “transformational change,” rethinking “structure and delivery” and “explore productive alternatives.”
This was the first time a U.S. Education Secretary recognized the potential for “transformational productivity,” the first time a secretary attacked the basic system architecture as “a century old factory model—the wrong model for 21st century.”
Duncan railed against seat time requirements, antiquated compensation systems, and inequitable school finance.
He called for the smart use of technology—a potential “force multiplier”—online tools and virtual schools.  Duncan suggested that good teachers with good tools could support larger class sizes.
Duncan said, “The new normal can be a wake up call” but admitted that progress would take courageous state and local leaders.
We largely missed the opportunity-in-crisis afforded by the Great Recession, but the lingering “new normal” may force a generation of education leaders to address new challenges in new ways.
Related links:
Rick Hess’ summary of Duncan’s speech
National Education Technology Plan
When Failure is not an Option, iNACOL report on competency based education
National Primer on Online Learning
Keeping Pace 2010, a status report on online and blended learning
Innovate to Educate, a SIIA report on personalize learning 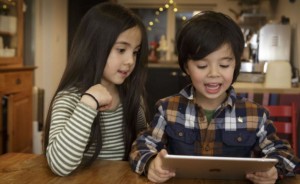