Hundreds of millions of Indian students stand to benefit from increasing capital expenditure on education improvement in India. SKIL Chairman Nikhil Ghandi attempts to create a “total education solution” in the country with a 22% investment in Chennai-based Everonn Education. Here is an interview Ghandi did with Indian newspaper “The Economic Times.” SKIL is an infrastructure company most recognized for its work in building India’s railway system.

ET: What is the rationale behind venturing into the education sector?
Ghandi: First and foremost each one of us understands very clearly that unless and until millions of young children and youth are properly educated, trained and coached, India can never become a developed country. So, this is one of the biggest focus sector’s in the country for anyone who wants to be part of the national growth strategy. Hence, we, as a group, have been trying to venture into the sector for the past 10 years.
We are looking for the right platform and we have on our board some of the best educationists who have been trying to help us put up a proper plan in perspective and we believe that education is not only all about soft infrastructure.
The hard infrastructure plays an equally critical role if not more, so we have been quite happy to get into the sector because this is one of the biggest growth sectors. This was the first priority.
Secondly, it will involve the building of hard infrastructure like buildings which is SKIL’s expertise.
Thirdly, we clearly visualise education as the critical sector for the growth of the country in the next 10-20 years.
ET: Education is a very capital-intensive business. Will you approach the public market for any further fund issue in the next six months or is this pretty much about it?
Raising the fund depends on the type of requirements we have, the kind of structure we put in place and there is enough money available, be it a capital market or debt market or structures and similar things and the government has been very encouraging.
One of the reasons we have entered into this sector is because of a very high degree of visibility from the government of India, especially from the prime minister and the minister for education, and the people in the government have been very clear about the stated objective for the education sector. So, with government support in place, you have hundreds of millions of children ready to get themselves educated. Education sector will not have any dearth of money through different structures.
ET: Will SKIL Infra be comfortable with the 21-22% stake in Everonn?
Ghandi: We will be comfortable with anything at 20% or above and that’s primarily because of two reasons.
We have looked at a lot of opportunities and we found Everonn to be the best bet which suits our requirement.
Secondly, Everonn is an education pioneer, like we are the infrastructure pioneers in the country. They started in 1987 and we felt very proud about such kind of initiatives and the people behind it. 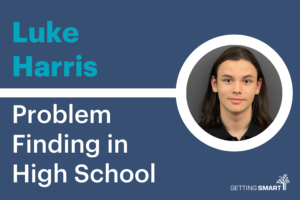 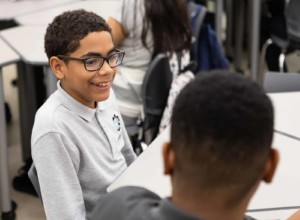 3 Steps to Build Your Own District-Wide Technology Solution Digitally Preparing for a New Generation of Students