Skip to content
Richard Lee Colvin guest edited “Fighting the Dropout Crisis” in the July-August edition of the Washington Monthly. He is a longtime journalist who heads the Hechinger Institute on Education and the Media, Teachers College, Columbia University, and is editor of The Hechinger Report.
ed: The reporting points out that individualized instruction leads to better learning and lowered dropout rates. Could the same happen with individualized leadership, more flexibility for teachers and principals in these schools? It seems that administration is a somewhat locked down model in public ed.

RLC: One of the lessons of this reporting is that district leadership must be strong, sustained and focused on holding everyone accountable for reducing the dropout rate and ensuring that students are learning. In the absence of such leadership and focus, there is little incentive for high school principals to devote resources to keeping kids in school or setting high standards for graduation. We also found out that it’s important to have a variety of alternatives to the large high schools that are typical in our cities. But unless those alternative schools—charter schools, night schools, small schools, alternative schools that provide individual instruction—also are held accountable, the alternative schools can be worse than the schools they replaced.

ed: Have you seen any interesting examples where online learning was successful in dropout prevention?

RLC: Online “credit recovery” courses are now the rage not just in cities but in suburbs and rural areas.  They are touted as a way to lower the dropout rate among students who are only a few credits short of graduating. But there is no research on whether students who pass courses with online credit recovery actually learn very much. In some cities, students can take the online classes on their own, with no teacher around to coach, answer questions, or help students with a particular skill. The experts tell me that credit recovery is probably not the best answer for young people who are far away from graduating. I did see an online physical education program for purposes of credit recovery. I hope I’m not abandoning my journalistic objectivity when I confess that I am dubious of that.

ed: We learn in the NYC reporting that when the group of incoming freshmen has a smaller number of lower performing students, the graduation rates are consistently high. What factors contribute to this? Do you think web-based teaching that weaves a tighter social learning experience would help cases where low performing cohorts are bigger?

RLC: The issue here is that when 50 percent or more of a class of entering ninth graders is at great risk of not graduating—they are several grade levels behind in reading and math, over age, do not have good attendance records and have been suspended or expelled for bad behavior—schools get overwhelmed. Teachers alone cannot provide these students with the mentoring, tutoring, close supervision, and social services that they need to get them back on track. So, there are two possible answers: assemble the resources these students need, either from public or private sources, or change attendance boundaries and policies so that students who have the greatest needs are dispersed. (Obviously, the latter solution can only work in cities with more than one high school where not all of the students have great needs for extra help.) Different forms of teaching, as you suggest, could be part of a plan that has adequate resources, is focused on results and is closely managed. But these students need more than just different types of instruction.

ed: What’s your sense of why the digital revolution hasn’t seemed to have caught on sooner? For example, what kept all this longitudinal data locked up and useless for so long? Is it funding or thinking?

RLC: Schools collected a lot of the relevant data—attendance data, grades, test scores, behavior issues—for many years. It’s also been known for a long time that many students who had problems in these areas,  though not all, were less likely to graduate. It was thought that most of these problems were related to socio-economic conditions the school could do little about. So, schools’ dropout prevention programs were aimed at groups of students who were considered to be at-risk rather than individuals and their needs. It took research by Robert Balfanz, Russell Rumberger, John Easton, Elaine Allensworth, Ruth Curren Neild and others to show that schools’ practices contributed to the dropout problem and that schools also could help address it. But only if the schools used data to identify individual students who were most in danger of dropping out and if interventions were tailored to their needs. Another reason is that states did not have student-level, longitudinal data systems so schools did not think of analyzing their data in this way. Also, to be useful, longitudinal data on individual students has to be available in a form that is easily and readily analyzed, by teachers, graduation coaches, counselors or others.

ed: You hear time and again that “business interest” in schools is anathema to reform. Can you explain why these forces have been influential and why they merit involvement in school reform and education evolution?

RLC: I think educators’ fears that “business interests” want schools to turn out unquestioning, obedient students who will be efficient workers on the assembly line have no basis in fact. Surveys of business leaders show that they want to hire workers who can think, work collaboratively, and use data to analyze and solve problems. They also want to hire those who can read well enough to gather information from what they read and have a basic knowledge of math. I think those are goals that most educators would deem worthy of pursuing.

ed: I’ve noticed that some big foundations are kind of like very large ships. They have these ambitious five year plans and they don’t seem as responsive to current, shifting education reform demands. What would you say has worked in reform? Where would newer and more flexible foundations or philanthropic agencies concentrate immediate relief work and finding to be effective?

RLC: I’m not an expert in philanthropy so I don’t know if your characterization of how foundations work today is accurate. I do think, however, that foundations are uniquely positioned to take risks, explore solutions to problems and then to try to nudge large public systems to change course, if warranted. (A better metaphor might be that foundations are like small tug boats and public systems are giant tanker ships that are hard to turn.) Philanthropic dollars spent on “immediate relief work” may be palliative. But even the resources of our largest foundations only add up to a minuscule fraction of what is spent on education annually. And, as you know, there is no shortage of problems that need to be addressed.

ed: What was the most surprising to you about this reporting?

RLC: That so much is known about who is likely to drop out, that our schools already collect the data that can be used to identify students who fit that profile, and that this information does not drive practices in high schools.

ed: The NYC report touched on this: What efforts have most success that try to shape classroom experience as being relevant to life experience? Would it be easier to leverage something like facebook for education to make public ed even more accessible to people who really need flexibility of choice?

RLC: I’m not an expert on social media in education so I won’t try to speculate on your second question. I will say, however, that I think the reporting leads me to think that we should not rigid about what it takes to earn a diploma. (Although a diploma must signify that something of value has been learned.) It also leads me to think that those who are most in danger of dropping out need more focused attention from adults and not less and that most of their peers probably need the same thing.

RLC: I’m a journalist not a seer. I will say that I’ve been writing about education as a journalist for most of the past 25 years. The schools we have today are, in some ways, vastly different from what they were like 10 or 20 years ago. Unfortunately, the results they produce are not that much different. I expect schools 10 years hence will not be unfamiliar places to us. But I hope that the results they get will be far superior.


Richard Lee Colvin guest edited “Fighting the Dropout Crisis” in the July-August edition of the Washington Monthly. He is a longtime journalist who heads the Hechinger Institute on Education and the Media, Teachers College, Columbia University, and is editor of The Hechinger Report 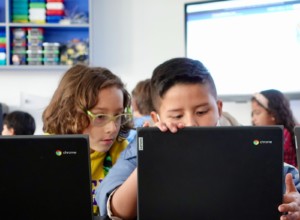 Innova: A Revolution in Education? 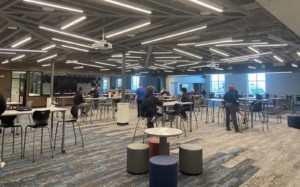 Microschools Can Lead to Macro Change