Here we go.  McNeil outlines House plans to begin ESEA reauthorization hearings starting with charter schools (great place to start).  Miller and Kline are thoughtful and could actually put together a decent bipartisan draft.
No word from the Senate where it’s harder to imagine anything thoughtful happening.
EdWeek has been gushing about CEP suggestions for ESEA.  Jack and colleagues assembled some common sense proposals but suggests that we go back to the bad old days where states do ‘school accountability’ their own way.  CEP suggests scrapping AYP and consequences for not meeting AYP and allowing experimentation.
CEP also suggested dumping school choice and supplemental services because they hadn’t be put to use or revitalized the system.  These weren’t school improvement strategies, they were escape values for families trapped in failing schools.  They weren’t widely used because districts kept them under wraps.
The fact that most states ignored NCLB sanctions and shirked responsibility to take aggressive action to ensure that every student has access to at least one school gives me little confidence that a free-for-all will be an improvement.
Fortunately, I think this is a non-starter for the Department and the House Chair.  It’s clear that AYP will be renamed and repackaged, but we need annual goals.  The elimination of federally prescribed sanctions for low-performing schools goes against what the Administration is doing under RttT and the School Improvement grants.  American families deserves a good school promise; states need a strong baseline with real consequences for failing schools and real options for trapped families.
Jack is also hoping for fast-track legislation.  The only deal that could be done fast is a bad bill backed by a left-right alliance that disempowers the feds and gives back much of the progress of the last 12 months let alone the last 8 years.  RttT is changing the education landscape.  Start the discussion, but let the Race run. 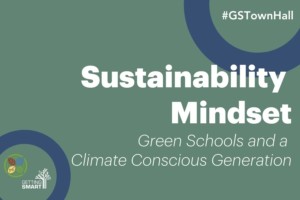