Many nights as a family, we sit around the television and watch “Shark Tank.” To witness life-changing moments for people who have persevered has always made for good TV. Ingenuity and grit are at the core of the American dream, and the “Shark Tank” concept has been copied and adapted across college and school campuses and at tech conferences worldwide. Prior to that, we heard stories of college dropouts turned billionaires who started businesses in basements and garages. Now, anyone with an idea and the drive has a chance at fame and success. Entrepreneurship, it seems, is a glorified term. However, entrepreneurship should be seen as much more accessible and mainstream than that.

The issue with entrepreneurship as it is defined today is that we are giving younger generations the false belief that someone must come up with a genius idea, learn how to code or raise significant money to be a success. If not that, there is college. These are the two elevated paths to wealth and freedom in America. For someone who struggled through high school or lacks the necessary support or guidance, we tell them to “just get a job.” What about starting your own business as an electrician, home inspector or HVAC technician? Why are we not defining these businesses as “startups” and really pushing professions like these as the new wave of entrepreneurship?

In the United States, roughly 10 million people, or 7% of the workforce, are self-employed, according to the U.S. Bureau of Labor Statistics. According to a study by Dartmouth University economics professor David Blanchflower, 70.8% of people want to be self-employed. So what’s stopping people from taking this path? Naturally, working a 9-to-5 job presents less perceived risk, more predictability, and, depending on the economic climate, more security. Yet people yearn for autonomy and freedom. We are not doing all we can to educate younger generations that the path to independence is available and just as respectable and awe-inspiring as making it on “Shark Tank.”

A home inspector in certain markets can make six figures. A general contractor, radiology technologist or electrician can make just as much. Some paths, like home inspection, require no degree at all. Others require an apprenticeship or an associate’s degree. With a minimal investment of time and money and without having to pitch to a panel of judges, anyone can start a business that could grow to seven figures in revenue — and eventually be sold — without writing a single line of code or giving up equity for investment. Like other startups, these professions require putting in the hours, knocking on closed doors, getting creative with marketing, and leveraging family and friends. There is risk. However, the demand is there, and the chances of success are greater.

As parents, we need to remove any stigma associated with choosing a path that does not require a college degree. While I set up 529 plans for both of my children when they were born, I would be more than happy to invest that money into a sound business plan if either were to present it to me after high school. In the media, we need to share more stories about successes in the skilled trades and how people have been able to completely turn their lives around with a new credential or professional license.

As the CEO of an education company, I hear and witness these stories all the time, but they rarely are told outside our circles. Instead, we hear about unicorns in Silicon Valley. In high school, guidance counselors, teachers and staff members must consistently discuss the trades and other licensed professions when they talk about career paths. It is also critical to adjust the curriculum to teach the hard and soft skills necessary to pursue self-employment and offer more courses on leadership, negotiation, communication, marketing, finance and business planning.

As the U.S. struggles to keep up on a global scale, it’s critical we start now. We need more people skilled to work in the supply chain. We need more people to start and grow small businesses to keep the economy booming. We need to give younger people, especially in underserved communities, hope by highlighting accessible and lucrative career paths that improve lives for families. We need to redefine entrepreneurship every step of the way — and highlight the jobs that built this country in the first place.

This post is part of our New Pathways campaign sponsored by American Student Assistance® (ASA), Stand Together and the Walton Family Foundation.

Nader Qaimari is the CEO of Edcetera. 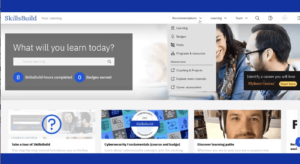