Dr. Roger Weissberg passed away this week after a multi-year battle with cancer. Roger always strove to live social and emotional learning as well as teach it, and he helped to shape much of the present day vision of what education should be. We are deeply grateful for Roger’s leadership and his commitment to making education better for all learners. You can go to this link to read more about Roger’s life and work. We are reposting this 2016 conversation with Roger in his memory.

Roger Weissberg says there is strong research about positive academic and life outcomes. He points to a Columbia University cost-benefit analysis of SEL programs that found an $11 return for every $1 spent.

Weissberg adds that most teachers acknowledge the importance of social emotional learning. And, with recent changes to federal legislation, there is growing national interest in educating the whole child. Tom recently had a chance to chat with Weissberg on the Getting Smart Podcast about all things SEL: Like character strengths, social emotional learning must be taught and integrated into the life of the organization. Roger calls it a “both/and strategy” that includes four elements represented by the acronym SAFE:

3) Focused— containing a component that emphasizes developing social and emotional skills; and

(4) Explicit—targeting specific social and emotional skills (see the CASEL theory of action below). After working in this field for over 30 years, Weissberg is pleased to see such strong momentum behind SEL. He sees practices that promote SEL–including project-based and cooperative learning and efforts to promote a positive school climate–becoming much more prevalent.

Roger recalls the importance of a high school project to his son. In making a video about a rock band, he set learning goals, carried out a complex project, and presented it to the community. “Projects allow students to set goals, decide on an approach, monitor their progress and report out,” said Weissberg.

The Collaborative for Academic, Social, and Emotional Learning (CASEL) was formed in 1994 by Tim Shriver following a series of meetings with researchers, practitioners, and child advocates to discuss the implications of social and emotional learning (SEL) for education.

Twenty years ago, CASEL moved to the University of Illinois at Chicago under the leadership of Roger P. Weissberg. The following year, a groundbreaking book, Promoting Social and Emotional Learning: Guidelines for Educators, defined SEL and demonstrated its significance for the education of all students.

Weissberg served as president of CASEL for 18 years and after hiring CEO Karen Niemi now serves as Chief Knowledge Officer.

In the post-NCLB era, states, school district and networks, and individual educators are embracing broader aims including SEL and growth mindsets. The momentum has been building for a decade as a result of college and career readiness research, employer input, opposition to standardized testing and interest in positive school climate and equitable discipline practices.

This is a broad movement with multiple drivers. SEL is often used broadly in education and often includes (or is related to) strategies to build productive mindsets and supportive cultures, character development, behavior management, civic education, and career guidance and preparation.

While there is strong momentum around SEL and related learning objectives, there are several challenges:

Measurement is a key issue in the field and a priority for CASEL. For the being, said Weissberg, the focus should be at the classroom level, with feedback systems that are helpful for teachers, students, and parents. Indicators such as climate surveys can be important to improving a school community.

“It is too early to incorporate immature measures into state accountability systems,” said Weissberg. CASEL is working with RAND on an educator’s guide that will be released next year.

Executive Director Shirley Brandman has indicated they intend to advance the term “SEAD”  — social, emotional, and academic development — to more fully embrace and support academic goals and so that neither SEL nor academics be viewed as separate or optional.

The Commission will build a coalition of stakeholders, elevate promising practices, identify necessary research and develop a roadmap for policy and practice. 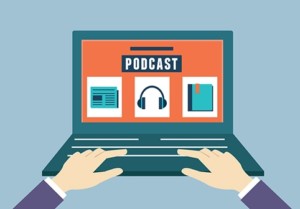 I'd love to join your stakeholder group and assist with your study.

Honestly this is lovely