“It is worse, much worse, than you think,” said David Wallace-Wells, author of The Uninhabitable Earth, about the climate crisis.

Nature is declining globally at rates unprecedented in human history—and the rate of species extinction is accelerating, with grave impacts on people around the world now likely, warns a landmark new UN report.

The climate crisis is biological, ecological and political. It’s at least catastrophic, if not existential (more likely a contributing factor to existential risk) according to scientists at the University of Cambridge’s Center for the Study of Existential Risk (CSER), and it will take a portfolio of efforts to begin mitigating the impending disasters.

In this five-part series on trends in learning, we’ve covered 12 trends at various stages of maturity, but none of them compare to the climate crisis—nothing is more important or more imminent. This post considers four impacts of the climate crisis on education.

1. Climate becomes an education priority. The climate crisis will be the most dominant issue in the lives of young people. It will monopolize the weather, the science, and—after it becomes painfully obvious to even the climate deniers—the politics of the next 30 years.

Teachers in the U.S. have shied away from exposing the crisis to students for fear of political condemnation. An NPR/Ipsos poll found that 55% of teachers don’t teach or talk about climate change. However, four in five parents wish they did.

Given the widespread implications, the climate collapse will become central to learning in science, math and social studies. Consider holding a community conversation and making climate a priority in your school sooner rather than later.

2. Populism vs. activism. The global tilt toward populism and nationalism is short-sighted; it is instead a political sugar rush, right at the inflection period during which we have a (continually diminishing) chance to stave off complete climate disaster, but only with a rapid, coordinated comprehensive response.

Education can help young people figure out who they are, what they are good at, what the world needs, and what they care about—and help them make their initial contribution. Greta is the model: the planet is on fire, the time for action is now.

3. Can AI save the planet? The rise of artificial intelligence—code that learns—is the most important technical capability ever developed. It is driving what the World Economic Forum calls the Fourth Industrial Revolution: the disruption of every sector of human society with a good news, bad news story. It holds the promise of extraordinary benefits, from curing diseases to unlocking clean energy. But like climate collapse, it is a catastrophic risk that needs to be thoughtfully managed, starting now.

Will AI help reverse the climate crisis? Simon Beard and Haydn Belfield at CSER warn against tech optimism as an excuse for anything but a full portfolio response. With that in mind, AI is:

AI will help combat the climate crisis, but it won’t save us. In fact, the combination of AI-accelerated income inequality and flood, famine and fire caused by climate collapse is likely to be catastrophic (and, as a result, we should let young people in on the fact that we’ve made a mess of the place).

4. Adaptation. In The Archipelago of Hope, Gleb Raygorodetsky reveals the links between indigenous cultures and their lands and how it can form the foundation for climate change resilience around the world. Perhaps indigenous people are a model for how we can start planning for life on a hotter planet with chaotic weather.

The education answer is to teach young people the design skills to mitigate and adapt to the damage we’ve created.

But we don’t have much time—perhaps a decade—for comprehensive coordinated action. “We are the last generation that can prevent irreparable damage to our planet,” General Assembly President María Fernanda Espinosa Garcés.

“Our future is in your hands; do not let the hope of the world be in vain,” concluded Sheddona Richardson, the youth representative to the U.S. for Grenada. 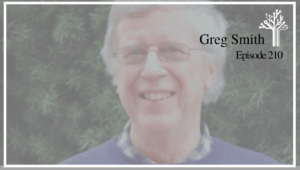 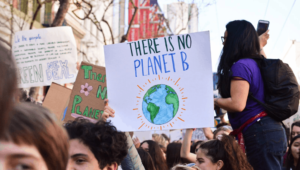 No Excuse Not to Teach Climate Crisis Mitigation and Adaptation