“Shift our efforts in space from low to high gear,” was a sentiment given weight in President John F. Kennedy’s Moon Speech at Rice Stadium in Houston, Texas on September 12, 1962. Over a half of a century later, on April 16, 2018, the White House gave NASA a new direction to refocus exploration efforts on the moon with international and commercial partners on three core domains: low Earth orbit; lunar orbit and surface; and Mars and other deep space objectives.

As space exploration is currently being refocused, it is also a good time for education to refocus its approach to space exploration. Space exploration could be linked to almost every subject in K-12 education. For example, Public Policy and Law in relation to asteroid mining, moon and Mars colonies (who owns/controls what), politics of satellites (sensing, warfare, etc.), and space debris. Connections could also be made in Biology through rapidly evolving cell and molecular biology technologies, and Material Science through 3D printing. Below, I share a few recent announcements from the last week or two that demonstrate just how many new programs, products and projects are being created that are increasing access to space exploration as an academic subject.

Welcome to the Universe is a course that forces students to think outside the box. Students use a non-traditional textbook, Welcome to the Universe (Tyson, Gott, & Strauss, 2017) and self-select chapters of interest, and present to the class. Students are responsible for leading discussion, providing outside resources, and providing content. Students are limited only by their own creativity.

“What has blown me away is the level of detail the students put into their presentations, and also the topics they chose. As a teacher, finding ways to engage students in labs focused on these challenging topics has required some thinking outside the box too. It isn’t uncommon to find jars of beans, beach balls, or balloons in my classroom on lab days. We’re rounding out the year with a study of the life and work of Stephen Hawking and developing our own planetarium shows, with a little help from the Buhl Planetarium team at the Carnegie Science Center,” said Dr. Katie Mercadante, Astronomy Teacher at Montour High School

A full-dome planetarium at Montour School District is utilized with all students in the district. Specifically, high school students are engaging with the planetarium’s capabilities by not only viewing shows, but creating their own shows. Dr. Mercadante is currently collaborating with ELA students on creating a show related to Romeo and Juliet.

On April 18, at the FIRST Championship in Houston, LEGO Education and FIRST unveiled two new, exclusive space sets, along with a couple of new challenges. The MISSION MOON Challenge will reach over 86,000 students, ages 6-10 from 41 countries and the INTO ORBIT Challenge, will invite more than 280,000 students, ages 9 to 16, from nearly 90 countries to explore, challenge and innovate in the demanding space field.

Students will not only use the new space-themed sets to compete in skills-based challenges, but students will be Getting Ready for the Jobs of the Future by facing complexity, and working together as teams. The teams will design, build and code an autonomous LEGO MINDSTORMS robot to perform a series of space-themed missions on a playing field. They will also research a problem they identify and design an innovative solution to that problem.

On April 20, Lockheed Martin announced that they will collaborate with 3D printing experts Stratasys and the engineering firm PADT to 3D print more than 100 parts for NASA’s new crew capsule, Orion–so many classrooms and schools these days are incorporating 3d printing that this could easily make for fun project inspiration.

Until we have the capability to fly students to space for a field trip, Google Expeditions (a virtual reality teaching tool that lets teachers lead or join immersive virtual experiences) allows students to explore the Solar System to understand its enormous scale. Students can observe the relationships between planets, their relative sizes and their distances from the Sun. They also learn about each planet’s orbiting time.

On April 19, The National Geographic Channel revealed the first 3D, 360-degree video of space as a part of its new documentary series “One Strange Rock.” The virtual tour takes viewers alongside astronauts aboard the International Space Station while hearing their thoughts on the enormity of space, and it left me speechless.

On April 17 Surrey Satellite Technology Ltd (SSTL), Goonhilly Earth Station (GES) and Astrobotic announced an agreement to collaborate on delivering a roadmap of innovations that support organizations carrying out operations on and around the Moon.

This announcement is one example of how the Future of Work is shifting on Earth and catapulting to space.

What can we do as schools better to prepare students to think beyond Earth for future career exploration? Below are several additional resources to help schools think through the normal curriculum and school day:

National Science Foundation: This collection of lessons and web resources is aimed at classroom teachers, their students, and students’ families. Most of these resources come from the National Science Digital Library (NSDL).

Space careers: A universe of options: Studying the effects of gravity on the human body. Building the next generation of telescopes. Explaining discoveries about the solar system in understandable terms.

These are just a few examples of the projects that workers undertake in jobs related to space exploration. 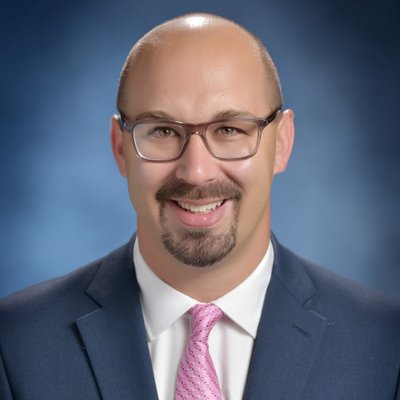 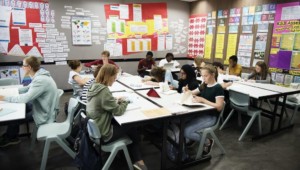 The inclusion of a student-centered space exploration curriculum in the U.S. K-12 educational sphere is a fascinating proposition that should be garnering more traction. With our world experiencing rapid technological growth and connectivity as a whole via scientific advancements and social media integration, a focus should be placed on establishing a curriculum that revolves around space exploration and technology in general as a means of increasing the scientific prowess exhibited by American K-12 students.

As highlighted by this piece, a variety of classes could be integrated into a space exploration based esque curriculum. On top of the example provided of calculating the public policy of various planets and the moon, math and physics classes could be implemented in which students are asked to calculate the distances and potential gravitational forces of two distinct planets. Not only will the incorporation of these space-based classes into the American K-12 realm will entertain and fascinate our youth with the sheer mysteriousness of our universe, it will also hopefully advance their overall scientific ability as a whole.

One might ask why it might be necessary to place a focus on technological/space-exploration based classes in the U.S. when there are various barriers in the way such as potentially high-costs. The answer is simple, it is clear that American students are lacking in the Science and Math departments. One of the biggest-cross national tests which every three years measures science literacy, reading ability and math among 15-year olds in dozens of developed and developing countries is the Programme for International Student Assessment (PISA). According to the PISA, the U.S. placed 38th out of 71 countries in math and 24th in science. As one of the world's top power-houses in terms of public global influence, it is clear that our students still have some catching up to do.

A focus placed on student-centered space exploration and various other technological based courses such as robotics should hopefully pave the way for an advancement in the scientific and math fields for our K-12 educational sphere. For instance, the incorporation of the constructivist based teaching methods (student facilitated discussions) in the Montour School District in which students have the ability to select the 'Welcome to the Universe' course, enables the students to not only strengthen their scienctific based knowledge, but also their leadership and cooperation based skills.

While at first glance it may seem that these student-run classes composed of various presentations on different chapters might seem a bit disorganized and even chaotic, it is clear that there are significant benefits provided that might be missed by using traditional expository methods of learning in which students simple cram and memorize various bits of information for a test. As highlighted by the piece, the student run classes at Montour are a huge success with Dr. Katie Mercadante stating, "What has blown me away is the level of detail the students put into their presentations, and also the topics they chose."

While it is clear that these students are thoroughly invested in their self-facilitated classes, the effectiveness of these classes in regard to standardized testing such as the PISA has yet to be seen. Even though the constructivist method of teaching might be more interesting and engaging, it is unclear as to whether or not this will reflect in improved test scores across the board. Regardless of constructivist/expository teaching methods, an overall effort should be made to place a larger focus on advancing teaching/educational methods in the science/math realm so that U.S. K-12 students are more competent in these fields.