In the last two weeks, 8100 miles and an ocean have separated my speaking engagements, but the topic has been the same: What do college, career and life skills mean in the age of artificial intelligence?

In mid-February I was asked to be a panelist at the Russell Senate Office building in Washington DC when the Information Technology and Innovation Foundation released its new report focused on charting a course that could allow Americans to be successful in the age of AI.A week later in Guangzhou, I provided a keynote at the CP21 Summit, which launched P21 China–but the conversation was bigger than that. My talk was preceded by an address on the importance of evolving economic, labor and education policy in China in the age of AI.

In this regard, at least, the world seems to be in accord.

Our Framework for 21st Century Learning was released more than a decade ago. The 4Cs reign over the framework, and there is nothing on the horizon that will imperil their sovereignty. Learners, workers and citizens all need to possess the skills of collaboration, communication, creativity and critical thinking to be successful.

However, I’ve begun to realize that P21 and the many other organizations that promote the 4Cs need to rethink what these skills mean with the advent of AI. The P21 skills framework was conceptualized with human-to-human interaction as the default assumption.

Until a few years ago, how could we think any other way? But every day I see evidence of that fundamental assumption being insufficient in the home, in the classroom, and of course, in the workplace.

My wife, two teenage sons, and I have begun to learn a new way to communicate. Because of an Alexa-powered AI device in every room of our home, we have learned the importance of syntax, oral precision, and the vagaries of idiom. To communicate effectively you have to have a theory of mind in which you ponder how your words will be received by another being. Now, that theory of mind must include non-organic beings.

When we ask Alexa, or Siri, or Google Assistant a question, we must first think about how the question will be interpreted by an algorithm. Otherwise, we get some spectacularly useless information. Students, likewise, must be taught how to communicate effectively with these thinking machines. The future of human-to-machine communication is not a keyboard.

There is an analog. I used to teach in a Los Angeles-area middle school in which 85 percent of the students were non-native English speakers. I learned to carefully monitor my use of slang and idiom, clarify my annunciation, slow my pace, and eliminate confusing syntax in order to communicate effectively.

Those lessons now serve me well in an AI-dominated home. In effect, English is a second language to AI.

My 16-year-old son is a talented graphic designer and wants to pursue a post-secondary education and career in that field. He has been studying how AI impacts his favored profession. He told me of a design process in which AI produces a wide variety of initial designs and then a human co-worker reviews those designs to see if they actually make sense to people. That feedback is looped back into the AI system and the cycle repeats.

Much has been made of the ability of AI to create musical compositions, poetry, paintings, and even news stories. The future will be shaped by a different form of creativity, in which humans co-create with AI systems and produce hybridized work that embodies the best of both.

The manufacturing sector has been experimenting for some time with co-bots, giant machines that share the factory floor with humans. There was a time when this would have been a dangerous process, but humans and machines have learned to work together.

AI can effectively and thoroughly collect, review and categorize vast amounts of data, and scientists, business leaders and now educators can use this AI-supplied grunt work to make data-driven decisions to improve their business, research or instruction.

The information bloom of the modern age makes it increasingly difficult for learners to consume even a small portion of the data available. Textbooks and encyclopedias formerly defined the universe of readily available knowledge. No more.

We must train learners to use the AI at their disposal to collect and curate information. Then, the human brain will be able to kick in to analyze and synthesize that data to solve problems.

We are proud that our P21 framework, ultimately a list of student learning outcomes, has been such a prominent feature of the ongoing skills discussion for more than a decade. It was first intended to describe college, career and life skills, but the focus was really on the K-12 sector. Last September, we released an early learning addendum, which clarified how to develop and assess these skills with students as young as 18 months. By fall of 2018, we will release a “Beyond School” addendum, which demonstrates how to develop and assess these skills in informal educational settings such as summer camps and after-school programs.

Because of AI, I believe we are in need of a more fundamental revision. Gone are the days when skills frameworks could focus only on human-to-human interaction. We need to prepare students for a future in which the 4Cs include our ability to engage with artificial intelligence in order to be effective learners, workers and citizens.

For more from David, see: 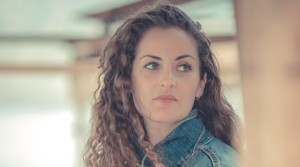 The future importance of student creativity is getting closer thanks to AI! This article really puts the 4 C’s at the top of everyone’s game. Looking forward to supporting educators who are ready to take a closer look at integrating creativity into all teaching and learning!