To celebrate Computer Science Education Week (December 4-10), we’re bringing you a series of posts highlighting both the benefits of computer science education and fun ways for teachers of all backgrounds and skill levels to give their students computational thinking skills. Stay tuned for more like this throughout the week!

Students are learning to write code in first grade! Estonia, also known as “E-stonia”, is not just a technology-driven country (that has given us Skype among other things), but also ranks above the U.S. in reading, math, and science scores. Parmy Olsen, of Forbes, writes, “The idea isn’t to start churning out app developers of the future, but people who have smarter relationships with technology, computers and the Web .”

Here are four reasons why I believe students should be coding: My own kids (8th-grade girl and 6th-grade boy) are both learning code through Code Academy.  In less than a month, they have gone from having only basic awareness about coding to acquiring rather advanced skills (way over my head). We have a standing house rule for our kids: If they want to use anything that runs on code (computer, smartphone, gaming console), they have to complete at least one Code Academy lesson for the day. It’s never an issue, though. At. All. They are intrigued by coding and find it very cool in understanding how it works and in watching their own codes work. You know, those same feelings you get when you write in cursive. 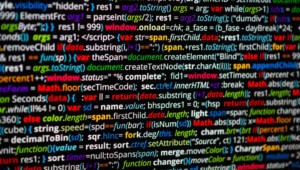 There is room for coding and for cursive! Absolutely, being able to type and code proficiently is an awesome skill for our students. But cursive DOES have benefits, though the weak arguments you highlighted in this article certainly don't explain why. A cursory Google search will show you that research suggests that cursive handwriting can help stimulate motor skills and activate parts of the brain and stimulate memory that aren't impacted by typing [keyboard] notes instead; it can also help dyslexic students differentiate between similar letters. That said, I don't think that every third-grader needs to master perfect cursive technique - but young students could certainly benefit from handwriting practice and training. Many adults use a combination of print and cursive when they write - showing students how to do this, in order to save time and produce legible writing, is certainly valuable.