Creativity and critical thinking sit atop most lists of skills crucial for success in the 21st century. They represent two of the “Four Cs” in  P21’s learning framework (the other two being communication and collaboration), and they rank second and third on the World Economic Forum’s top ten list of skills workers will need most in the year 2020 (complex problem solving ranks first).

The various lists of 21st-century skills grant creativity and critical thinking such prominence in part because they are human abilities robots and AI are unlikely to usurp anytime soon. The picture of the near future that emerges from these compilations of skills is one in which people must compete against their own inventions by exploiting the most human of their human qualities: empathy, a willingness to work together, adaptability, innovation. As the 21st century unfolds, creativity and critical thinking appear as uniquely human attributes essential for staving off our own obsolescence.

Like many things human, however, creativity and critical thinking are not easily or consistently defined. The William and Flora Hewlett Foundation’s list of “Deeper Learning Competencies,” for example, identifies creativity not as its own competency but as a tool for thinking critically. Bloom’s Taxonomy treats the two as separate educational goals, ranking creativity above critical thinking in the progression of intellectual abilities. Efforts to pin down these skills are so quickly muddled, one is tempted to fall back on the old Justice Stewart remark regarding obscenity: “I know it when I see it.” Unfortunately, that yardstick isn’t much help to teachers or students.

Definitions of creativity tend toward the broad and vague. One of the leading researchers in the area, Robert Sternberg, characterizes creativity as “a decision to buy low and sell high in the world of ideas.” While this is itself a creative approach to the problem of defining creativity, it is not a solution easily translated into a rubric.

Definitions of critical thinking don’t fare much better. According to one group of researchers, “Critical thinking is the intellectually disciplined process of actively and skillfully conceptualizing, applying, analyzing, synthesizing and/or evaluating information gathered from, or generated by, observation, experience, reflection, reasoning or communication, as a guide to belief and action.” Again, a curiously self-demonstrating definition, but not one ready-made for the classroom.

Generally speaking, creativity is associated with generating ideas, while critical thinking is associated with judging them. In practice, however, the two are not so easy to separate. As parents and teachers know well, creativity without critical judgment tends toward the fanciful, the impractical, the ridiculous. “Creative thinking” becomes a nice way of saying that someone’s ideas have run amok.

At the same time, critical thinking gets short shrift when reduced to making a judgment, since, at its best, critical thinking is also a way of making a contribution. It is fundamentally creative in the sense that its aim is to produce something new: an insight, an argument, a new synthesis of ideas or information, a new level of understanding.

Our grasp of creativity and critical thinking is improved when we see them in symbiotic relationship with one another. Creativity benefits from our recognizing the role of critical thinking in ensuring the value of novel ideas. In turn, critical thinking comes into clearer focus when we recognize it as a creative act that enriches understanding by giving rise to something that wasn’t there before.

What does this symbiotic relationship look like in the classroom? Here are a few educational contexts in which creativity is disciplined by critical thinking and critical thinking is expanded through recognition of its creative function:

The skills today’s students will need for success are, at a most basic level, the skills that humans have always relied on for success — the very things that make us human, including our creativity and our capacity for thinking critically. The fact that our defining qualities so often defy definition, that our distinctive traits are so frustratingly indistinct, is just another gloriously untidy part of us that robots will never understand. 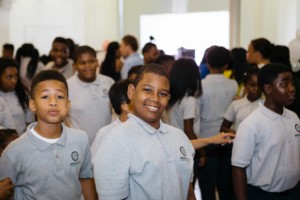 Developing the Whole Child One Collaboration at a Time