Having been an educator for twenty years now, I have seen many “hot careers” capture the curiosity of students. Students often list computer programming, biomedical engineering or web design as aspirational careers. Dating back to 2000, though, when the first “CSI: Crime Scene Investigation” shows created the fervor around crime scene investigation, students have been increasingly curious about what it takes to be a forensic scientist.

If I have one criticism of the shows that have sparked the interest in forensics for the last fifteen years it is the glamorization of the work. There is insufficient focus on the scientific process that forensic scientists carry out. The work is all done in sleek, dark rooms backlit by a blue glow. Answers are often instantaneous. Students, therefore, get some false preconceptions about what the work is really all about. The educational community has been left to try to fill in the gaps. Textbook companies now routinely place spotlights on forensic scientists and science teachers would be crazy not to capitalize on the curiosity of students about this field. In my role as a science facilitator at Columbus Signature Academy New Tech High School, some of my favorite Project- Based Learning experiences have centered on a mock crime scene, where students have to gather and analyze evidence, form hypotheses, and then test those hypotheses to determine the probable outcome of a crime or accident. Students love the detective role and seeing the scientific process carried out in a “true investigation” setting. However, even experienced educators like myself often lack the technical expertise to give students the best experience and content knowledge that they can.

This is where the true experts, like those at XPlorlabs, come in. They have created a fire science module called Fire Forensics: Claims and Evidence that not only walks students through the basics of fire science, but also give them a close look at the investigative process used by professional scientists and allows them to try it all out themselves. I recently toured the module and not only learned a great deal, but also enjoyed the process and felt supported along the way. The module starts by introducing the user to some fire scientists and a fire testing facility (a giant warehouse where house fires are set, much data is collected, and the factors analyzed). Users are asked a few basic questions to assess their needs in terms of background information. I chose the basic tour, where the essentials of combustion and pyrolysis were reviewed, along with the three basic requirements for fire.

From there, the next sections of the module show various factors which influence the spread of a fire. Side-by-side video footage of fires burning in identical rooms, with and without ventilation, give the user a clear picture of the effect of oxygen supply and the resulting burn patterns. A forensic fire scientist takes the user on a tour of a burned building and demonstrates and explains the types of observations they try to make as they conduct an investigation.

The user is also shown temperature and oxygen level data captured by sensors in burning rooms with and without ventilation. Throughout, the user is given the freedom to manipulate variables to observe the effect on the burn. Additional explorations are provided to allow users to extend their learning or to see information presented in alternative ways.

At each step of the way, the module assesses the learning with a few questions. I found them to be at a very appropriate level of challenge for the typical student user and while the feedback was very direct (“INCORRECT” with an explanation was the result of a wrong answer), I did not mind. Sometimes the excessively gentle feedback given with online tutorials feels coddling and inauthentic.

The culmination of the learning module is a fire scene in which the user is given the freedom to look around and collect evidence that they may feel is important to understanding the cause of a kitchen fire. As one pans through the burnt kitchen, certain items become available to click and some data is provided. With each piece of evidence, the user decides whether to add the data to their notebook or disregard it. This, again, is an authentic representation of the scientific process; in real life, there is rarely someone else there to tell you what is or is not significant evidence, so the onus is on you to make that judgment. In the end, the user submits a brief written explanation of how they believe the fire started and why they think that. I liked how the final submission of a written response made the process feel more authentic and added just the right touch of accountability to the process. While there was no feedback provided on the written response I made, the fire scientists did reveal the probable cause of the fire, so I was able to find out if I was “right” or not. They do emphasize the fact that in any fire, there is only evidence to support (or not support) a hypothesis made. In the absence of definitive evidence such as video, the best we can ever do is to provide the best explanation possible. This is where science often diverges from the science classroom. In a real scientific examination, there is no teacher lording the answer to a mystery. There is only data, and the student’s ability to interpret it.

I thoroughly enjoyed this module, and learned a lot. The scientists that “hosted” the exploration were personable, real, and authentic. The fact that a “fire lab” even exists is something that many students will have never wondered about before. My first thought was that this module would be the perfect learning scaffold for a forensic PBL unit on a fire scene, and I immediately wanted to send the link to our chemistry facilitator. The content is challenging, yet perfectly logical. Best of all, it adds a lens of reality to what Hollywood may want us to believe is a glamourous field, while doing nothing to diminish its allure and appeal. The developers at XPlorlabs will undoubtedly “light the fire” for many students through this module. 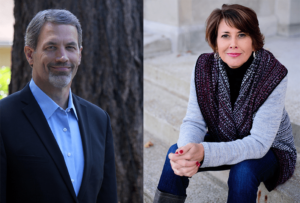