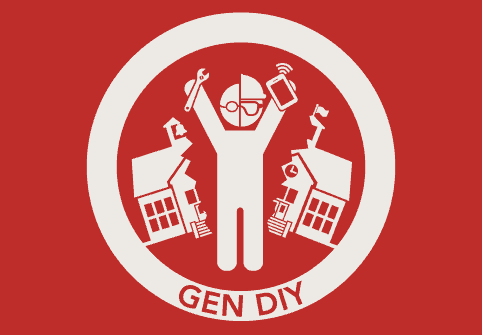 Young adults born in the last 30 years never lived without the Internet or cell phones. They can’t imagine not being connected or able to buy online. They missed Vietnam, the Civil Rights Movement, the Cold War and for some, the Gulf War.

They saw Nelson Mandela elected president of South Africa and Barack Obama elected President of the USA. They witnessed the birth of the Euro, Viagra, gay marriage, cloning, terrorism, school shootings, Katrina, and endless war in the Middle East. The Great Recession, beginning in 2008, diminished their job prospects.

Through the good and bad, Millennials have emerged tolerant, educated, enterprising, and hyphenated.

Over the last 15 years, young adults of color increased from 22 to 43% of the total (according to the US Chamber’s Millennial Generation Research Review). With 15% born outside the US, a quarter speak a language other than English at home compared to 10% in 1980. That proportion is higher in New York, New Jersey, Texas, New Mexico and Nevada (where it is about one in three) but is highest in California (where it is about one in two).

Enterprising. Despite the unfortunate economic circumstances of the last six years, “Many to most desire to start their own businesses,” according to the Chamber, “They have the ideas and innovative qualities of successful entrepreneurs. With more guidance, funding, and encouragement, this entrepreneurial spirit may just run free and do its part in creating more jobs and helping rescue the economy.”

Millennials witnessed business scandals and downsizing. They don’t remember the Dot Com Crash of 2002 but watched young tech entrepreneurs like Mark Zuckerberg of Facebook, Larry Page of Google, and Andrew Mason of Groupon become billionaires. The Chamber concludes that, “These market conditions and unemployment rates, almost twice that of all workers, are leading many to become entrepreneurs.” Research varies, but between half to two-thirds of Millennials are interested in entrepreneurship, and more than a quarter are already self-employed.

The Department of Labor said nearly 80% of would-be entrepreneurs in the US are between the ages of 18 and 34. Millennial interest in startups is important because small businesses employ more than 50 percent of the private workforce and startups and most new jobs are created by new and young companies and they produce a disproportionate share of innovation.

Jonathan Ortmans, Kauffman Foundation, said, “This new generation of entrepreneurs will also have unprecedented numbers of education and training resources available to them, which should make for a stronger entrepreneurial ecosystem.”

Hyphenated. A hyphenated American was an epithet used a hundred years ago to disparage Americans of foreign birth. But Millennials embrace an often hyphenated existence –multi-racial, multi-cultural, multi-interests, and multi-careered. Many have hyphenated names (which is inconvenient when they hook up with another hyphen)

Jose Villa notes that Millennial Hispanics define themselves via a hyphenated culture, “The result is a new ‘parity’ cultural identity, fueled by combination of bilingualism, technology connections to Latin America, and continued retro acculturation among Millennials.”

“What matters most is what my mind identifies with, and not how my physical attributes are identified,” said Mehran Najafi about her hyphenated existence, “An adventurer, a seeker, a wanderer, a nomad, a spiritual vessel, an unconventional traveller, a student — these are the identities that truly matter.”

Millennials are notably likely to look at gender identity and sexual preference as multi-faceted prisms, unwilling to confine themselves to a single checkbox. Hence Facebook’s much-commented-upon new 51 “gender options“, including “agender” and “non-binary.”

And when Millennials of any ethnic or gender mix create the career of their dreams, it’s likely to have a hyphen–paralegal-actress; fashion publicist-D.J., advertising executive-gluten-free baker — as noted in a recent New York Times piece on millennial career jugglers.

Millennials mix and match experiences and identities they way they mix modular entertainment. Is it any surprise that GenDIY is impatient with “one-size-fits-all” education?

On learning. Millennials attend/attended/will attend an expanded array of traditional high schools that produce higher graduation rates (which increased from 66 to 80% between 2000 and 2012) and a wide range of postsecondary options. However, secondary and postsecondary options remain bound in Baby Boomer policies and traditions.

Millennials want (and deserve) flexible learner-centered options where they can learn when and how they want, and progress as they demonstrate mastery. Most of them will want social learning options and collaboration opportunities.

Millennials want and are finding and creating better learning options. That’s what the GenDIY series is about. If you have a story about how finding or creating better options to prepare you for a career you love, we’d love to hear your story.