Getting Smart
MENUMENU
Search
Home Topics EdTech Let’s Play Outside, There’s an App for That 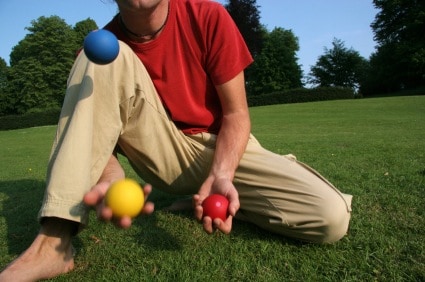 There is no shortage of research pointing to increased use of technology leading to decreased physical activity. In the competition for children’s attention however, mobile apps and outside play don’t need to be at odds. Instead, taking technology outdoors can help motivate kids to exercise, create, and explore the natural world around them. Though no one would argue that personal computing devices should be part of every recreational activity for kids or adults, the following apps might just be the thing to keep your children from spending too much time on the couch this summer.

Zombies make everything more interesting, including running. With this app, the moment you hit the asphalt, a narrative begins to unfold that pits you against an invading swath of the undead. Plug in your headphones, and get moving. Zombies, Run! is “an immersive running game and audio adventure” delivered straight to your headphones. Walk, jog, or run anywhere. In Zombies, Run! you become the hero during a Zombie apocalypse as you collect supplies, save other survivors, and rebuild your base while fighting off invading zombie hordes in a series of 33 missions and increasing your cardiovascular health at the same time.

Treasure hunting can also get your heart racing. With GeoHunt, users can download previously designed hunts or create one of their own, whether treasure hunt style, scavenger hunt style, or map style. Regardless of which style is chosen, hunts are created by using your device’s GPS to pinpoint a cache that others are led to by following user-generated clues. Users share their hunts across social networks or via URL. From learning about historical sites through a game featuring historic landmarks to a party invitation ending at the location of the event, GeoHunt not only gets kids outside, it gets them thinking and utilizing digital map skills as well.

Navigating the map of the stars as a budding astronomer is now just a handheld device away. With SkyView Free, simply point your iPhone, iPad, or iPod at the sky to identify stars, constellations, satellites, and more. Travel ahead or to the past to see the sky at different dates and times. Capture and share stunning images of the night sky across social networks. And do so without worrying about a WiFi connection. SkyView Free doesn’t require one, which means that it works from wherever summer may take you.

Regardless of where you go, it’s important to be prepared for the unexpected. Based on the U.S. Military Survival Manual, Survival Guide teaches the techniques and skills a person should know to provide the basic necessities to survive any dangerous situation. But there’s no need to wait for danger to strike to get started using this app. In a series of chapters including Shelters, Water Procurement, Firecraft, and Direction Finding, Survival Guide helps kids to learn how to avoid and thrive in precarious situations while also helping them to appreciate nature and recreation, whether foraging for food in the mountains or constructing a tent from a poncho amongst the birdsongs in their own backyards.

Not sure what type of bird you’re hearing? Project Noah is building “the go-to platform for documenting all the world’s organisms [by] encouraging the mobile masses to document their encounters with nature [to] build an important educational tool for wildlife awareness and preservation.” In other words, using Project Noah, you can snap a picture of a plant or animal that you want to learn more about, categorize it, geotag your location, and submit it to other users to help you identify the species. Project Noah also enables you to view plants and animals that are around you which have been previously catalogued by app users during field missions ranging from “photographing squirrels or mushrooms to tracking migrating birds or invasive species.”

Though some may deem technology an invasive species, doing so is haphazard without considering context. In an increasingly digital world, striking a balance between screen time and recreation is important. But when connecting to a mobile device means that kids are motivated to run, search, stargaze, and connect with the world around them, perhaps technology isn’t the culprit, but rather the lack of imagination when using it.