Cities are mankind’s best invention according to Ed Glaeser. He argues that even slums have advantages. People all over the world are leaving farmland and flocking to cities where they see more opportunity and a stronger safety net.
“Cities don’t make people poor, at least not most of the time. Cities attract poor people with a promise of a better life,” said the Harvard economics professor. Glaeser directs the Taubman Center for State and Local Government and studies the economics of cities, and has written scores of urban issues,
Author of  Triumph of the City: How Our Greatest Invention Makes Us Richer, Smarter, Greener, Healthier, and Happier, Glaeser makes a compelling case that the city is humanity’s greatest creation and our best hope for the future.
“The successful cities of the 21 century are marked by three things, smart people, small firms and connections to the outside world,” Glaeser told Fareed Zakaria. “Smart people are able to use the density, to learn from one another and, of course, connections to the outside world are what cities are all about.”
Glaeser lamented the example of Detroit where people that wanted to start businesses ran into bureaucracy and the feds funded structures like “a monorail to glide over empty streets.”
A better alternative? According to Glaeser, “It’s education, above all. It’s human capital.” 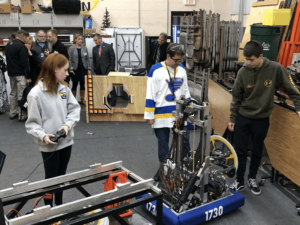