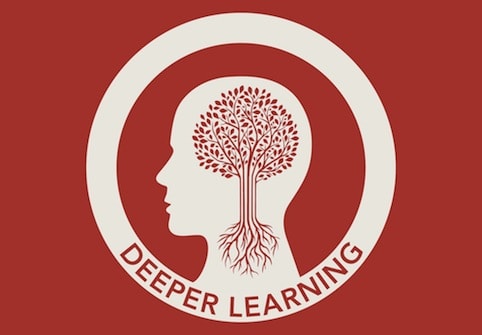 In three years Jason Tadlock helped turn around a tough situation in a small K-8 district outside Milwaukee by investing in technology and teachers.

When Tadlock arrived, the Wheatland School District was losing about 20% of its students to neighboring districts and hemorrhaging money. Three years later they had reversed the situation.

At a July board retreat days after Tadlock’s arrival, he pitched a plan to create 21st Century learning, including 1:1 computer access.  The board bought it, borrowed money; teachers implemented the plan, and focused on tech integration and STEM weeks later. Classrooms were updated with wireless, LCD projectors and whiteboards.

What was the winning rationale? Tadlock said, “If we’re going to maximize student growth, we need to put tools in their hands, to let them learn anywhere anytime, and let them access instruction in their zone of proximal development.” He noted, “With tools Compass Odyssey, teachers can create custom pathways.”

Wheatland adopted Engineering is Elementary from Boston Museum of Science in elementary grades and PLTW, Gateway to Technology, in middle grades.

There is 90 minutes of instructional time for math. Wheatland pairs teachers in teams to balance their strengths–teams share math/science with literacy/social studies.

Rosetta Stone is used to extend access to languages starting in grade 2. Kids are spending about 3 hours per week immersed in languages including Russian, Korean, Japanese, Italian, and Hebrew. As a former Spanish teacher, Tadlock knew there is “so much research that exposure at an early age will have a lot of benefit.”  Rosetta Stone is integrated with songs and teacher-led activities. “There is lots of cross pollination happening in the lab,” said Tadlock. He added, “The beauty of Rosetta Stone and Compass is that kids work at their own pace.” He anticipates that Wheatland students will arrive in high school with the equivalent language skills exceeding second year students.

The result? “Engagement levels skyrocketed.” Tadlock added, “It’s rare to see students not on task.” Computer proficiency obviously improved but “that was a secondary benefit” and after school tutoring is offered to all students. Wheatland is monitoring progress using NWEA’s MAPS test to drive academic interventions.

With rising enrollments, the district was able to restore co-curriculars and push for much higher after school involvement in activities, ranging from sewing to robotics.

Wisconsin noticed. After helping to create great growth at Wheatland, Jason will become the superintendent in Elkhorn, a neighboring K-12 district on July 1.