“3 Lessons on Faculty Development from an Education Innovator” by Jennifer Funk was first seen on Edcetera.
In less than a decade, Oregon State University went from not offering formal tech support to its faculty to having the director of its faculty tech training program, Jon Dorbolo, named one of this year’s top 50 innovators in education.
That’s because in 2003, Dorbolo and his colleague Mark Dinsmore had a vision for how to turn their scattershot efforts at individual faculty tech support into something more scalable.
“There was no real funding for it, but we started to grow this idea of producing proactive support with the specific intent of improving the use of technologies on campus,” Dorbolo says.
And so the two-person operation, which they called Technology Across the Curriculum (TAC), was founded on the assumption that aspects of technology — like aspects of writing  — are interdisciplinary, and training faculty in those aspects would have a tremendous effect on the quality of tech-based instruction at OSU.
And it did.

The Growth of a Faculty Development Program

Today, the two-person team is nine. Those scatter shot efforts have turned into 50 webinars a term. And after clickers were introduced a few years ago, use went from approximately 40 faculty in 28 courses per term to 130 faculty in more than 100 courses.
Though Dorbolo and Dinsmore’s intention was to improve use of technology, not increaseuse, it’s been all growth for the program.
“People are adopting the tools,” Dorbolo says. “And all the feedback that we have tells us that the reason people are adopting the tools is because they see their colleagues using them, and because of the support that’s available.”
So, what can we learn from the success of OSU’s program?
The following are lessons of the past nine years, each of which could have broader implications for faculty development on other campuses.

Lesson #1: The Importance of Focus
The TAC program focuses its development efforts on selected faculty (those already using certain technologies) and on commonalities in tech use across the curriculum.
“This is a process of priorities and progression, not exclusion,” Dorbolo wrote in TAC’s Guiding Principles document about the decision, in particular, to build a small faculty and student user base that would then spread the practices they learn. “Small focused efforts scale up to major impact when applied effectively.”
Part of that focus is made clear in the program’s name: trainings are developed around common uses of technology, rather than discipline-specific uses. These include things like using tech for course preparation, course delivery, learning assessment, teaching evaluation, and professional development.
“The model for us was to say there are technology attributes that occur in all teaching and learning contexts; they’re interdisciplinary,” Dorbolo says. “If we’re able to identify what those are, then we can leverage those areas and improve entire institutions — faculty, students, and infrastructure — simultaneously on a steady basis.”
Lesson #2: Models Work
In practice, the above translates to developing models of use for certain technologies, namely those the university has already adopted, like Blackboard and Qwizdom. For example, Dorbolo and his team can present to interested faculty four models for grading with Blackboard —one with a curve, one without a standard deviation for the mean, one using letters, and one using numbers — and allow them to pick the model they need.
“In every instance, what we try to do is take whatever technology is being considered and develop models of use and pedagogical approaches,” Dorbolo says. “Faculty know how to take a model and adopt it to their own needs.”
For years, Dorbolo and Dinsmore developed these models through experimentation in their own and colleagues’ classes, but this year, they’re partnering with the university’s Center for Teaching and Learning, something Dorbolo ways will make their models more pedagogically sound as well as lend them a note of institutional authority.
Lesson #3: Do A Lot More With A Little More
At TAC, they’re always looking for ways to achieve an impact that far exceeds the resources they’re given. But, that doesn’t necessarily mean accepting fewer resources than are needed.
“We live in a culture where because of budgetary issues, we’re constantly told to do more with less,” Dorbolo says. “I will do a lot more with little bit more. I don’t want to do more with less.”
Usually, the “little more” Dorbolo asks for is people. For example, adding two new people on staff this year allowed the program to implement high-impact projects that had been sitting on the back-burner, like one that trains the 60-70 new faculty OSU hires each term.
“If I can orient those 70 new people in a way that makes them more effective in what they’re doing, we’ve just had a massive impact. But, I couldn’t have done that until [more people were hired],” Dorbolo says.
TAC will continue to grow, especially as they adopt a research agenda to determine empirically what works and what doesn’t about their program. But, perhaps more than any other factor that’s contributed to TAC’s success is the following written into its guiding principles: “At TAC what we do is take care of people.”
Programs that do this are likely to have similar success.
What lessons have you learned about faculty development? 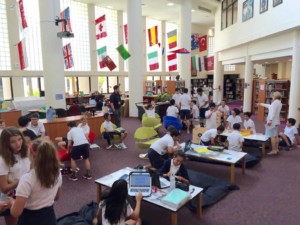 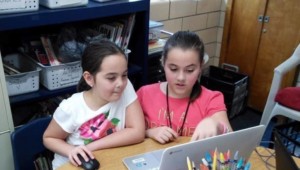