The Rodel Foundation hosted the fifth Vision 2015 Conference. The First State scored first in the Race to the Top (RTTT) grant competition largely because of the vision, organizing, and grantmaking of the Rodel Foundation and its Executive Director Paul Herdman.
The winning RTTT pitch was made by a team led by Governor Markell, an education champion. Markell, who chairs National Governors Association, kicked off Vision 2015. Markell was a leader in promoting state adoption of Common Core State Standards. He acknowledges the challenges of implementing higher standards, but says, “We’re on it.”
Delaware is one of 10 states that administers most of their state tests online. The Delaware Comprehensive Assessment System provides teachers with results immediately.
The governor described expansion of a world language program, 20 immersion schools where students will spend half the day learning in a different language. An exchange student recently stayed with the governor; he was fluent in Spanish, French, German and English. “How will our students compete with that?” Markell asked. “This is important work.”
Markell challenged skeptics to visit a Delaware school, “Check it out. The odds are you’re going to be impressed.” And by all accounts, the governor’s optimism seems warranted. The five-year report on Vision 2015 boasts impressive projects and progress. But it’s fair to note that the state of Delaware has about 130,000 students and 234 schools, the size of a big urban district. The state benefits from high alignment between the governor, the chief, the state board, the legislature and the philanthropic community.
Secretary of Education Mark Murphy, who previously ran the Vision 2015 program, recounted a conversation with a high school teacher, “Jim has created a deep planning community with two colleagues; they build a curriculum and set of assessments based on the Common Core.” Murphy observed text based questions and writing to text in Jim’s classroom. He acknowledged, “The shift to Common Core standards is no small feat.” In two years Jim and his colleagues have changed almost everything about how they teach, but “Jim said it was the best professional years of his career–incredibly difficult but the right work.”
Murphy described the four pillars of progress in Delaware:

“We need to talk about what to take off the table,” said Diane Albanese, a teacher at Mariner Middle School, “but I won’t stop teaching poetry because I know it makes a difference in my classroom.” Albanese has had the chance to accompany the chief on trips to visit high performing schools in other countries–one of the once-in-a-career benefits of working in a RTTT state.
Murphy is worried about the low percentage of students well prepared for college, “About 23 of 100 ninth graders will graduate from college, but 93 say they want to go.” Albanese said, “We need to convince students that learning is important–this is important to have a quality life.” She described how she “rings the alarm bell” as she shares assessment data with students and parents in eighth conferences. She also thinks “Technology will help boost parent engagement” and extend learning opportunities.
Debbie Doordan, Innovative Schools, described the importance of new school development as part of the statewide Vision 2015 improvement and innovation initiative. Her portfolio of “deeper learning” models include New Tech, Big Picture, Early College, andExpeditionary Learning.
Eric Westendorf, LearnZillion, offered some tips on RTT-D applicants and closed the Vision 2015 conference with a session on personalized learning. When it comes to digital learning, Delaware has a long way to go (see the state scorecard against the 10 Elements of High Quality Digital Learning) with little online learning and not much blended learning.
Vision 2015 is a great check in and boost for Delaware educators. Their progress on a traditional reform agenda — high standards, aligned assessments, effective teachers and leaders — is second to none. They could turbocharge their work by becoming digital Delaware.
This blog first appeared on EdWeek. 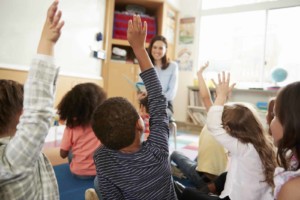 20 Educators and Resources Pushing for Progress