Duncan on Digital. Education Secretary Arne Duncan called Tuesday for the nation to move rapidly from printed textbooks and toward digital ones, citing global competition among the chief reasons for doing so.
The New Frontier. The Center for Digital Education and Converge released The Blended and Virtual Learning Frontier Report that reviews a nice summary of drivers, roadblocks and best practices as the nation moves forward to a “new frontier” of learning. Check out Caroline’s piece on Acton Academy for a profile of a super cool blended school.
Denver Blended Boost. A $2.1 million grant from Janus expand blended learning opportunities in Denver schools.
Top Tweeting Teacher Offers Resources. Edutopia Blogger Lisa Dabbs noted that when it comes to blended learning “We are all new teachers” and offered a great list of resources.

Device Wars. EdWeek reported on the potential of Amazon’s newest Kindle Fire to serve device needs as students transition to online assessments. But rumors about the smaller iPad are circling, with the Wall Street Journal reporting that Asian suppliers have begun producing the eight inch device to compete with tablet offerings from Google, Amazon and others.

Time for a new system. The Wall Street Journal reported on the advantages and disadvantages of parents being able to monitor their children’s grades online. The article raises some important issues with the current flaws in student data collecting and reporting. We have a lot to say about this in the release of the next Digital Learning Now! Smart Series paper launching next week. Stay tuned.
Leading in Leading Schools. Curriculum Associates shared the success of its i-Ready™ Diagnostic & Instruction program, noting that many of the nation’s leading charter schools, including Harlem Children’s Zone, New Classrooms, Rocketship Education, and Uncommon Schools Boston, as well as KIPP Los Angeles, Chicago, and New York all use i-Ready.
See you there! The Foundation for Excellence in Education (FEE) announced Indiana Governor Mitch Daniels will deliver the closing keynote address for the 5th annual Excellence in Action National Summit on Education Reform at the JW Marriott in Washington, DC, Nov. 28. Click here to register and view more agenda details.
New Cali Computing. Digital Learning Now! reported on new digital learning laws in California that stipulate that online, synchronous students in grades 9 to 12 will be included in computing average daily attendance beginning in the 2014-2015 school year and more.
Attention in Ohio. The Cleveland Plain Dealer and StateImpact Ohio partnered up on a three-part series on online learning in the Buckeye State, including enrollment, funding, and students served.
The future of conferences? Library 2.012, the “Future of Libraries” conference ran for 40 straight hours this week through Blackboard Collaborate, and included 150 presentation sessions and 11 keynote addresses from all over the world.
Bully Solution Spreads. PublicSchoolWORKS expanded its comprehensive, fully-automated risk management system and Student Bullying and Violence Prevention Program to help districts quickly respond to reported cases of bullying and violence by immediately notifying the correct administrators and tracking each report to resolution.
Fill in the blank; head to the bank. The Fund for Teachers’ online application for 2013 grants for up to $10,000 went live. Teachers interested should ask themselves “If I could just learn _______, I would substantially impact my students’ learning,” then apply online.
What to learn first? Teachem launched the School of You– a tool that allows anyone the ability to create unlimited classes from YouTube videos.

Sure beats a filmstrip!  In celebration of World Teacher’s Day, Skype in the classroom announced new partnershis with NASA and others. Through its new partnership with Skype in the classroom, NASA’s Digital Learning Center will feature live projects in which students can learn how to prepare a space vehicle for liftoff, help scientists and engineers explore the basic principles of matter, and design their own spacesuit mission patch.
Ready, Set, Recycle! Keep America Beautiful’s Recycle-Bowl competition for elementary, middle- and high-school students is going on now. The program was created to increase school recycling participation and teach students about recycling and environmental responsibility ends.
Well… USA Today featured Woodside High School in Newport News, Va. to tell the story of schools encouraging more students to take AP math and science courses. BUT…U.S. News & World Report shared highlights of Microsoft’s recent report, noting that more than 42,000 public and private high schools in the United States, only 2,100 high schools offered the Advanced Placement test in computer science last year, down 25 percent over the past five years.

How cool is this? A new web app released tpublicly his week, Ginkotree, will help you divorce the textbook with a Tumblr-style media playlist that allows professors to add text, images, websites, video, audio, and even copyrighted materials for student use.
More than a question bank. EducAide Software launched Problem-Attic, a tool that allows teachers to find questions by topic, select them individually and format them using online tools to create and output tests, quizzes, worksheets, flash cards, overheads and problem-of-the-day calendars with ease.
Cool language tool. uSpeak announced a new app to learn Spanish and English  for iPad and iPhone. uSpeak is a Spanish startup founded by three under 30 with English, Spanish and Argentinian origins who have created a new methodology to learn languages making the most of the new technologies.
20 Million Appers. Google announced that its Apps for Education suite is now being used by more than 20 million students, faculty members, and staff worldwide.
HackEd. Facebook and Gates Foundation hosted an education hackathon with around 150 developers, nonprofits, technologists, and education experts who worked together to determine app solutions for the higher ed set. As CNET reported, the goal of “HackEd” was to kick-off the Gates Foundation’s new $2.5 million investment fund called the College Knowledge Challenge.
Wow Resource. Wow Writing Workshop launched Wow Online – College Essay, the first self-guided online tutorial for college application essay writing.

For me vs. for degree. WestEd and Public Agenda released a report citing that students want colleges to engage them more deeply in classes and services.  We think Tom’s article on the “For Me” versus “For Degree” perspective sheds some light on the overall issue of what today’s students want out of post-secondary learning.
Coverage continues. This week Inside Higher Ed gave us Mr. MOOC Comes to Washington and A Disruption Grows Up? And NPR’s All Things Considered looked at Coursera and the future of online higher education. Speaking of MOOCs, check out 50 Top Sources of Free eLearning Courses.

MOOC Rockstars. This week’s Duke University Provost Lecture Series explored Big Data challenges – including a talk by Daphne Koller, the co-founder and co-CEO of Coursera, and Sebastian Thrun, the CEO of Udacity.
Big questions on Big Data. TechAmerica Foundation’s Big Data Commission released a comprehensive report on Big Data in Government that has implications for big data in all sectors, including education. The report notes that data in the world is doubling every 18 months and aims to answer some of the key questions surrounding its potential. This week the NY Times also covered the report. If you’re eager to explore the big questions in Big Data in Education, stay tuned for the release next week of “Student Data Backpacks.”

Pearson announced that CEO Marjorie Scardino will step down at the end of the year . John Fallon, 50, the chief executive of Pearson’s international education division since 2008, will take over as CEO. Scardino took an unfocused conglomerate and made it learning company, then she led the shift to digital. She made a big contribution to the sector and built a company delivery results worldwide.
Today is UNESCO World Teachers Day. Check out our team’s favorite teachers in our Getting Smart feature. Timed with World Teachers Day, Microsoft announced the new 2012–2013 Microsoft Innovative Pathfinder and Mentor Schools being inducted as part of its Innovative Schools program. The 99 new Pathfinder Schools and Mentor Schools from 51 countries were chosen because they have strong school leadership and have established a record of innovation and successful change implementation. This year, Microsoft found 99 such success stories spanned across 51 countries and rewarded them as new members of its Innovative Schools Program.
The National Federation of Independent Business Young Entrepreneur Foundation announced that the scholarship process for the class of 2013 is now open and accepting applications for the NFIB Young Entrepreneur Awards. Each year, the NFIB Young Entrepreneur program offers scholarships that recognize young people who have demonstrated entrepreneurial spirit and initiative.
Pearson, DLN, FEE, Curriculum Associates, and MIND Research Institute are Getting Smart Advocacy Partners. 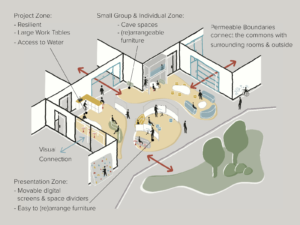 :) Happy to be included in such a strong list of tools! Thx Carri!
Just to let everyone know, if you'd like more info about Ginkgotree before you sign-up, make such to head over to http://www.ginkgotree.com/ - we know you'll probably have a few questions before diving in! :)