MUMBAI.  The ‘Buy America’ campaign that flourished in the US House this week made America look pathetic and less relevant from Mumbai.  Congress is so focused on November that they don’t appreciate the geopolitical shift from west to east that is well underway.  Indian tent makers are not worried about losing Department of Homeland Security business.
“India and the US are immigrants countries,” said an India government minister this week, “it’s just that we’ve been at it for a few thousand years not just a few hundred.”  India is a massive and complicated home of 1.2 billion people.  It is surprisingly diverse and every region of the country is diverse in a unique way.
India will be home to a skilled workforce of 500 million by shortly after 2020.  They’re adding a population equal to Australia every year.  There are 650 million cell phones and probably more  English speakers (using that term loosely) than in the US.
Chicago-based Sam Pitroda played a significant role in India’s telecom revolution and continues to advise the Prime Minister.  He is bright and intensely focused on wiring the 250,000 panchayat.  There are hundreds of remote villages that now have better public health information than US cities.
“Like leapfrogging landlines to mobile phones, India will need to leapfrog traditional schools—we simply can’t build them fast enough,” said private equity manager Sandeep Aneja. “Kids will learn online around small low cost schools.”
On my last visit, Sandeep said, “If 250 million kids get left behind, it’s a liability for India and the world.”  He warns of widespread unrest, an increase in terrorism, and a massive loss of development potential if half of India’s youth don’t gain access to quality education.  Compared to the US, India has nearly ten times as many school-aged children but spends about a tenth as much on education.
While the US government is trying to kill off private career colleges, they are thriving in India.  RKCL is an innovative public/private training partnership.  Aptech and Career Launcher are both $40m training companies.  IndiaCan is an exciting joint venture between Educomp and Pearson.
While the focus in Washington DC is on scoring short term political points, India is building infrastructure and encouraging private enterprise.   The US should invest and partner, not ignore and protect.  We run the risk of becoming less relevant in Southeast Asia—and the world. 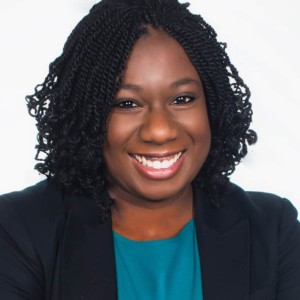