From the States
California
Caitlin Flanagan, writer for the Atlantic Monthly, writes and powerful op-ed in the Daily News about the Inner City Education Foundation in California, a successful charter school network that is struggling to keep its lights on, mostly due to opposition by the local teachers union. Flanagan urges the union to get behind schools like these in California and across the country, because she believes that they are an essential part of closing the achievement gap.
Louisiana

Massachusetts
An editorial in the Boston Globe examines what makes a great school, offering two examples of successful schools with budgets on opposite sides of the spectrum.
New York

North Carolina
EdWeek reports that Charter school advocates are still displeased by North Carolina’s commitment to charter schools, despite the state’s recent victory in the Race to the Top competition.
Ohio
The Columbus Dispatch reports that forty new charter schools have opened this year across Ohio, a boom that is attributed to schools luring dropouts in the state’s eight largest urban districts to finish school.
Pennsylvania
EdWeek reports that Pa. school districts are considering extending the school year and day  in order to improve student achievement.
Washington D.C.

·         Courtland MIlloy writes for the Washington Post that, despite DC Schools Chancellor Michelle Rhee’s (EEP board member) tough road to reform, her commitment for equal education for all is inspiring.  Milloy comments on a commentary written by Rhee, in which she wrote, “I believe we can solve the problems of urban education in our lifetimes and actualize education’s power to reverse generational poverty.” 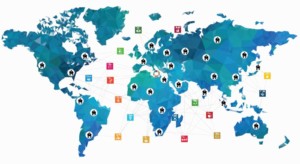