I miss basketball season. Remember all those touching NBA Cares commercials where a 20 year old millionaire showed up at school and they made a commercial out of it? Fortunately there are dozens of current and former athletes that are making a real difference in their communities.

I had the good fortune to visit Kevin Johnson in Sacramento in the early 90s while he was attempting to scale St. Hope, an effort to revitalize the Oak Park neighborhood. Like Geoff Canada in Harlem, KJ simply took ownership of a neighborhood and willed it into something better. In 2004, St. Hope took control of Sac High, a struggling Oak Park school. In 2008, KJ was elected mayor of Sacramento.

Admiral Center is a partnership of David Robinson, one of the best and classiest NBA players of our time, and Living Cities, a foundation collaborative to ‘re-engineer America’s cities. Their purpose is “to provide top-performing athletes and entertainers with the expert strategic and technical services they need to expand their community work beyond simple charity and in to sustainable philanthropy with maximum impact.”

Athletes for Hope was founded by a group of athletes from a variety of sports ranging from cycling to soccer and staffed by former agent. Like Robinson’s effort, the attempt to “educate, encourage and assist athletes in their efforts to contribute to community and charitable causes, to increase public awareness of those efforts, and to inspire others to do the same.”

Even Charles Barkley, who famously shouted, “I’m not a role model” may run for office. It’s great to see athletes that have achieved success, fame, and fortune becoming philanthropic role models and making a difference. 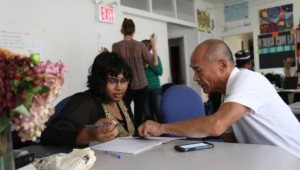 Post-Secondary Preparation Through Guidance and Advisement