My Iowa BIG colleague, friend, and resident social studies and economics teacher, Dennis Becker, is fond of reminding us to closely examine the opportunity cost of any significant decision we are about to make. While a term quite well known and used in the business world, opportunity cost is rarely discussed or evaluated in the context of educational decision-making. This needs to change.

What is an “opportunity cost”? The Oxford dictionary defines it as “the loss of potential gain from other alternatives when one alternative is chosen.”  Wikipedia defines it as “a representation of the relationship between scarcity and choice”. It incorporates all associated costs of a decision, both explicit and implicit.

Put simply, there is almost always a “cost” associated with making any decision. That cost can be monetary, time, lost productivity, and/or forgoing other viable alternatives. For our learners, those costs can also be boredom, tedium, and irrelevance. In an earlier blog, I argue that schools routinely waste a lot of student time. This time is a valuable resource for both the student and the school. When we apply opportunity cost to this waste, we must ask ourselves, “what learning opportunities and experiences are being sacrificed in order to pursue this particular learning opportunity?”

In the school and curriculum-focused paradigm of education, opportunity costs are largely focused on the costs to the institution. “If we offer courses A and B, then we can’t offer C and D. So, we’ll offer A and B because it’s easier to staff and schedule.” The cost is calculated as costs to the adults and to the system’s schedule, not necessarily whether it is better or worse for the learners. Another example is, “If we allow students to demonstrate and document standards for core subjects in non-core courses, projects and experiences, the cost of managing the increased complexity of documentation isn’t something we want to take on.” In this case, the system doesn’t want to incur the cost of adjusting its documentation system or its curriculum to pursue this opportunity. Again, it’s an opportunity cost focused on the institution and not the learner, despite, in all likelihood, the cost to the learner is quite high.

If we want truly learner-centered learning systems, we must first explicitly deal with opportunity costs and second, focus those opportunity costs on the learners – not the school. In this paradigm of thinking, opportunity costs look vastly different. For example, what is the cost of having nearly every student take 180 hours of a course they have little interest in or is taught in such a way that it causes them to dislike the subject or to learn very little? I argue that this cost is quite high for those students and those who like the subject and want to learn it. We’ve taken significant time away from the learners to pursue the things they care about and want to learn. An expense most adults wouldn’t want to incur.

I’ll use my own experience. I struggled with science content in high school. I didn’t particularly like biology and got through it because I sat by my friend who is now a biology professor at a Research 1 institution. What I really learned was that science is confusing and I’m not any good at it. Then, I had to find another science course to take to fulfill my HS requirements. I chose Physics. Why? One, because one of my basketball coaches taught it so I at least liked him (and figured he’d give me every benefit of the doubt) and two, my two best friends, who were heading to Iowa State to be mechanical engineers, were taking the class so I could rely on them to help me make it through. Again, 180 hours and I honestly didn’t learn anything other than how to build a crappy toothpick bridge.

What if the opportunity costs in this example weren’t focused on the efficiency of the institution but on me as a learner? I didn’t hate science. I hated the science required of someone who was majoring in a science-related area because I really didn’t give a damn. I was a writer. I was an athlete. I was a mechanic. I was a woodworker. Yet the school-centered system couldn’t see that the science that would capture my interest existed in those other areas and would help me be better at all of those things – and retain some valuable scientific knowledge. The cost to my learning was not only 360 hours of largely wasted time but it taught me to hate and avoid science. I consider this an immense personal cost, especially when weighed against the meager benefit it provided me. Oh, what I could have done with that time given another option.

Imagine what I could have learned with those 360 hours if the opportunity cost of forcing me to take college-prep-focused biology and physics was considered. It would have been quickly realized that the cost was far higher than the benefit – for me and for the poor students who had to wait for me to either care or try to figure it out. I would have been far better served and gained far more benefit by engaging in the science of woodworking – the makeup of wood types, adhesives, heat, and pressure, etc. Or the physics of basketball.

Here’s a relatable one. What are the opportunity costs of requiring all students to attend every pep and awards assembly? There’s a cost to administrators and teachers tasked with preventing students from skipping out and dealing with the disruptions and behaviors of those who don’t want to be there. There’s the cost of once again trotting out the “winners” in the school as models and examples to those in the stands not being recognized on metrics the school cares about. There’s the cost of the growing resentment and apathy of the students who don’t want to be there. So those are the costs. What are the benefits of that decision on the various subset of students – not the school or system? What data do you have to show you those benefits are outweighing or negate the costs?

As educational leaders move toward more learner-centered learning systems and environments, it is well worth the time and effort to begin to make calculations about opportunity costs. A simple way to begin this work is to ask some simple questions: By making this decision, what will the costs be to our students because we didn’t make this other decision? Will the decision we make provide more benefits for the myriad of students we have than it costs us in time, money, or the headaches of managing it? Is there a third decision we haven’t yet considered that is better than the current alternatives? 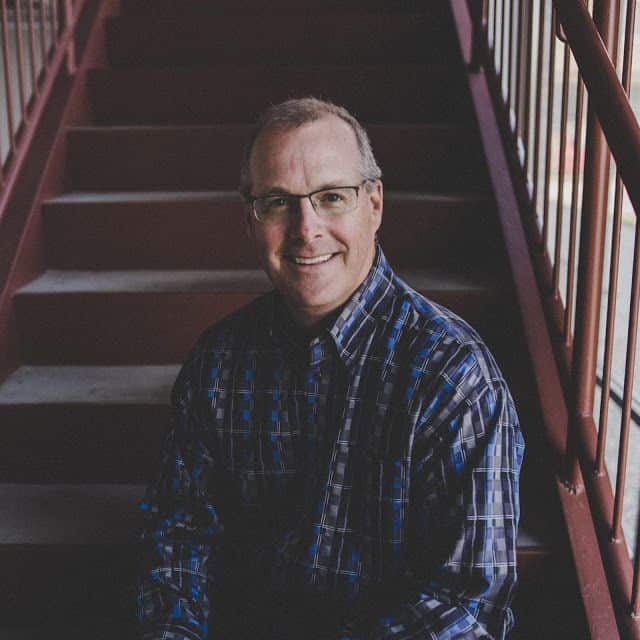 Trace Pickering is a Senior Fellow for Getting Smart.

It’s Time to Prepare for COVID-19 Resurgence: Six Steps Your School Can Take