Risk capital made this country great—that and an amazing foundation of founding principles.  But we’re getting ready to send risk capital overseas.

The uniquely American combination of market capitalism, extraordinary universities, and risk capital—specifically venture capital and growth equity—are the engine behind a century of remarkable progress.

Risk capital funds new, high-growth businesses—highly speculative investments in exceptional people and breakthrough ideas. It was, until recently, a uniquely American phenomenon: widely imitated, but unsuccessfully replicated. But a few years ago we began to see venture investment and entrepreneurial talent migrating to Asia.  What began as a trickle is now a torrent. While risk capital for startups in the United States is hard to come by—some say harder to come by than ever before—investment in China and India remains on the rise, up another five percent over last year. Risk capital also requires a vibrant market for exits, another area the U.S. owned until extremely recently. London has taken over as the IPO capital of the world, due in part to poorly designed legislation in the United States.

The current financial crisis was caused by companies taking on the wrong kinds of risk combined with lax oversight. The myriad of proposals proffered by the White House and Congress will, in the words of the Consumers Union “make sure that this never happens again”. In the process, however, they may wring out much of the good risk along with the bad. Risk capital, like all capital, will go where it is best treated. If we are not careful, we will accelerate the exit of risk capital and entrepreneurial talent to Europe and Asia and with it our best hope for sustained future economic growth.

The paradox of recovery is that we need more risk, not less risk. We know that this is hard to hear, but it is nonetheless true.  Yes, there were some overheated segments that led to this crisis, but we will not recover until banks and venture funds start financing great entrepreneurs and breakthrough ideas.

We will not reform our way to leadership in education, crucial to success in the global market. If we have learned anything in the past two decades, we know that we will only get there through risk capital funded innovation. Expanding health care while simultaneously reducing costs won’t come through reforming what we have, but by finding and funding people committed and capable of game-changing impact. And we will not regulate our way to a sustainable green economy—this will also require fundamental breakthroughs in materials and business models.

Our national innovation system has successfully integrated wave after wave of technological change and converted it into sustained economic growth. This is a domain in which the US is truly the best at. And we are in danger of squandering that hard-won gift.

Yes, banks should make sensible loans. Yes, banks should operate with reasonable amounts of leverage.  And yes, we should have a fair tax system.  But nearly everything good that this country has accomplished was the direct result of a risk taken.  And we will not recover by eliminating risk—we will recover by encouraging and rewarding smart risk taking.
Note: Rob Wuebker, a thought partner on venture capital, co-authored this blog.  He is completing his PhD in Management at Rensselaer Polytechnic Institute. His research examines the impact of the globalization of finance, talent, and entrepreneurial opportunity on U.S. venture capital investment.
First appeared: http://www.huffingtonpost.com/tom-vander-ark/in-favor-of-risk_b_179811.html 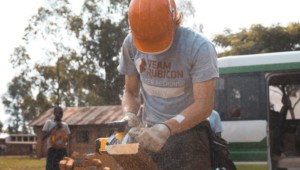 Why Schools Should Bridge the Generational Divide Empowering Students and Teachers for the 21st Century