“Despite growing evidence of the importance of quality teaching, the vast majority of the nation’s teachers are prepared in programs that have low admission and graduation standards and cling to an outdated vision of teacher education.” That’s the conclusion of a four-year study authored by Arthur Levine, president of the Woodrow Wilson National Fellowship Foundation and former president of Teachers College, Columbia University. Published in 2006, Educating School Teachers, set off a firestorm of criticism from ed schools and a chorus of cheers from their critics.

When James Tracy read the report, he had just finished a master’s degree in education. He found “everything that Levin described was palpable; I didn’t learn one thing in the program, it was an anemic experience.” He said it was worse than his high school experience–and that was so bad he dropped out.

A decade after the report was published, the Woodrow Wilson Academy of Teaching and Learning hired its first faculty mentors and opened an office on the MIT campus. Ten design fellows joined the Academy in 2017 to co-construct the innovative teacher preparation program. James Tracy joined the Academy as its first president in 2018.

Tracy’s journey from high school dropout to education innovator included a double major in religion and history at UMass Boston earned as a young married father while loading trucks and working in factories. He studied how historically populations can engage in empowerment. Tracy took his passion for social movements to Stanford where he earned a PhD. As the white guy studying Black history, he was sometimes appreciated, occasionally shunned.

In another career dichotomy, Tracy took his passion for empowerment to private schools in New England. He believed, “well resourced independent schools had a responsibility to Deweyian promise and were positioned to be incubators of the future with little regulation.” The independent schools Tracy led became leaders in personalized learning using and even incubating new technology. Tracy views the Wilson Academy as a research and development project. “Won’t have a monolithic prescription for what education schools should do.” Instead, Tracy said, “We’re building a thought lab, a design lab, a source of collective intelligence about the science of learning.” He hopes they can reverse engineer teacher practice to improve preparation.

Beginning with  20 students, the WW Academy is initially offering a master’s degree in secondary school STEM teaching. Other fields and school leadership will follow.

“We’re not so much teaching content as practice,” said Tracy and “design thinking is a key.” In a three-tier pattern, Academy students learn, design, and teach in new modalities.

Rather than being prepared for success in existing learning models, the Academy is an exploration of new models. In addition to preparing teachers and leaders to invent the future of learning, the Academy, in cooperation with MIT and other partners, will develop products to advance competency-based teacher and school leadership preparation.

Key Takeaways from the Podcast:

[:16] About today’s episode.
[1:02] Tom welcomes Jim to the podcast.
[2:05] About Jim’s early education growing up and how he went from high school drop-out to Stanford History Ph.D.
[7:07] Jim’s experience as a white male studying African American struggles for progress.
[10:53] How did someone, such as Jim, with a passion for individual and collective empowerment and appreciation for social justice, end up as a leader in private schools?
[12:42] Jim talks about some of the innovative programs he launched at Rocky Hill.
[20:17] Does Jim remember when Arthur Levine published “Educating School Teachers” in 2006? Jim also speaks about the key driver Arthur’s work has been for him.
[23:33] Jim talks about the importance of making these changes scalable and adaptable at zero cost to even the least resourced school on the planet and why he feels so driven to work in education and help make these changes possible.
[26:23] Jim talks about what he hopes to accomplish in his role as the President of the new teacher preparation program at the Woodrow Wilson Academy.
[28:34] What Jim thinks are the distinctive design features of the teacher preparation program at Woodrow Wilson Academy.
[33:30] Jim talks about his stance on teacher prep and his challenge right now as the President of the new teacher prep program at Woodrow Wilson Academy.
[37:35] Where to learn more about Jim and Woodrow Wilson Academy online. 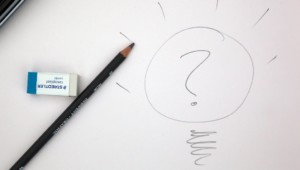 Build Skills for 2030 Now With These Ideas