I’ve recently been binging on math-related TED Talks and all the great ideas out there almost make me wish I taught math. While I have yet to create a museum exhibit about math, wouldn’t it be great to teach it like something people want to learn instead of have to learn?
Math teach Dan Meyer says we need to focus more on teaching math reasoning in a way that students will actually retain it (check out his TED Talk). No problem worth solving is simple, he says, adding a quote from Einstein: “The formulation of a problem is often more essential than its solution, which may be merely a matter of mathematical or experimental skill.” To that end, Meyer spends 90% of his prep time turning boring problems from math textbooks into conversations that build math reasoning skills by eliminating the step-by-step instructions and neatly packaged information provided for solving the problem. This force students to figure out what information and formulas they need for themselves. He encourages math teachers to turn word problems into real problems. Check out Meyer’s blog for lesson ideas and math fun.
Conrad Wolfram argues for computer-based math in his TED Talk. His suggestion: instead of giving students the formulas and making them compute the math by hand, we should teach students to conceptualize real world problems, pose the right questions, apply the right kind of math, and use computers to compute the math. “Math is not equal to calculating,” he says. Driving a modern car is not the same as engineering a car–and math instruction should focus on the driving (using math to solve real problems) rather than the engineering (with some exceptions). Make math more practical and more conceptual by teaching students to program computers!
And speaking of making math fun, check out… 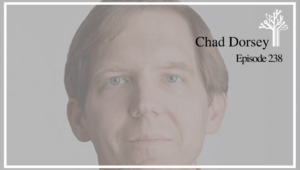 Winifred,
We are on the same plane - make math memorable. I do it with hands-on projects.
See my SneakyMath.com site.
Cy Tymony