Despite steady progress on achievement and graduation rates, big gaps remain.
Earlier this month Ted Kolderie, Education Evolving, addressed state charter school leaders. He made six important points:
1. The need for innovation. Ted notes that “Today’s dominant strategy –theory of action–has accepted the givens of traditional school; bets the nation can reach its goals by adding accountability, standards, measurement and consequences.”  The dominant mindset is improvement—just do it better.
“Chartering started out to create an R&D sector, but then turned to a similar effort to do traditional school better.” He points to scaling of ‘no-excuses’ charters in 2003 as the end of innovation in the charter sector.
2. Our difficulty in getting innovation. Ted points to Clayton Christensen’s distinction between sustaining innovation that improves an existing model and disruptive innovation that departs from the givens of the existing model.
Ted argues that innovation is being suppressed by the notion that ‘reform’ has to be a comprehensive transformation politically engineered and a “reverence for research.”  Insisting that all change be “evidence-based,” while it helps with improvement, blocks off the innovation that introduces the truly different.
3.  The danger in failing to innovate. “The current debate is just not commensurate to the scale of the challenge we face. Almost all the ideas currently on the mainstream table leave the basic structure of American schooling fundamentally unchanged,” Ted quotes The Futures of School Reform (Meta, Schwartz, Hess).  “Given the scope of the problem these incremental reforms will not bring about the better schools we want. If we keep doing what we’re doing, we’re never going to get there.”
“A one-bet strategy is a risk,” said Kolderie. “It is not a necessary risk to be taking, since we could at the same time be running multiple strategies. And since it is not a necessary risk to be taking it is not an acceptable risk to be taking, with the nation’s future and with other people’s children.”
4.  A new theory of action: innovation-based systemic reform. Ted proposes a ‘split-screen’ approach of allowing new models of education to emerge. “Early-adopters pick up the new, however primitive. Those who prefer the traditional may stay with the traditional, but may not suppress the innovative for those who do want that. Over time, as the new models improve, more people switch. At some point the curves cross; a transition is completed.”
5.  So: what do the states and the national government do? “It is time now for the states to create an innovation sector that will ask schools to design and test alternatives to the givens of traditional school.”  Ted suggests experimentation in six areas:

6.  What role does the charter sector play? When Ted helped write the nation’s first charter bill in 1991 it created a window for innovation, but Ted argues “Chartering has drafted away from innovation.” He thinks a focus on innovation could change that and urges an inventory of innovative school models (using the six categories above) to start.  He sees teachers increasingly demanding professional roles and innovation in digital learning resisting centralization.
States could add an application and authorization pathway for innovation schools.  They could use a request for proposal and grant program (like NGLC) to encourage applications in Ted’s six categories.  An innovation charter could have a shorter contract (e.g., 3 years rather than 5 years), could incorporate alternative measures, and could involve more oversight.
I appreciate Kolderie’s “can’t get there from here” observations and his advocacy for innovation. He makes a good case that we can and should focus on improvement and innovation. 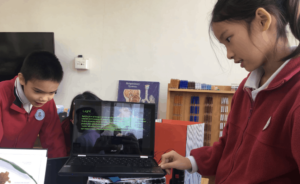 Thanks for sharing this Tom. We are working hard on strategy # 4 in our Colorado Springs district and I love this description of this approach to innovation. We are striving for models of personalized learning and a colleague and I have just started a new blog, http://personalizedlearningdudes.com/ if you get the chance to check us out. Greg

As an educator and advocate for a complete redesign of the American public school system, I like the distinction made here between “sustaining innovation that improves an existing model and disruptive innovation that departs from the givens of the existing model,” for all the reasons Tom has outlined. It is essential that we find a disruptive innovation with which to replace the current system before our best teachers quit in frustration and our nation’s children sink even farther below the minimum level of education they have a right to expect.
Ted Kolderie’s ‘split-screen’ approach in which “early-adopters pick up the new, however primitive [and] those who prefer the traditional may stay with the traditional, but may not suppress the innovative for those who do want that” (emphasis added). The idea that one group has the right to force everyone else to receive education in the way they think is best – the methodology of which has not fundamentally changed in over 100 years – is absurd, yet, as much as I like his idea, the logical, rational side of my brain is jumping up and down and yelling about how it is not possible within our current political system.
I hope that more and more people, parents, students, educators, and those who wear none of those titles can come together in sufficient numbers in places like this and in the physical world to wrest the attention of those elected to do the people’s work from their concentration on the offerings of the best lobbyists money can buy long enough to see that tweaking a system as broken as this one yields nothing and that there are people available to offer replacements that can get our country back on the path to offering a real education to all its citizens.

Email comment from informed NJ reformer:
In addition to leading innovation in education design, we have to expand the national conversation about assessment. I was hoping charters would have taken the lead on this, but many have simply mastered the art of teaching students to test well with the traditional assessment paradigm. There's nothing wrong with standardized testing if our definition focuses on standardizing the process through which multiple sources of evidence of learning can be intelligently analyzed. Continuing to cooperate with testing standardized content and test-taking skills will ultimately undermine any education innovation, no matter how cutting-edge and effective.