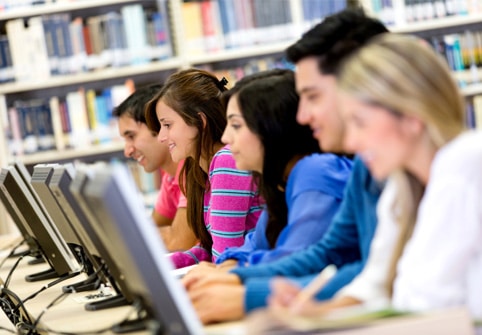 Five big trends that will shape education for the next decade became fully evident this year.

The shift to digital and implementation of real college and career ready standards demand and will test state leaders. Despite fraying around the edges, Common Core State Standards will frame the next decade of U.S education the way NCLB did the last. In most states, the online administration of new state tests in May of 2015 will be the most important event of the decade; preparation for and responding to the results will be among the most important leadership tasks.

2. Viral adoption of free/cheap web/mobile apps makes this decade much different than anything we’ve experienced before. Old approaches (change theories as the consultant would say) don’t work in light of this bottom-up mega-trend. Students, parents, and teachers aren’t waiting for districts to get their act together, they are blending their own learning and bringing their own devices and apps to school.

The driver behind this trend is cheap mobile devices (e.g. iPad) and powerful application development platforms (e.g. Ruby), which have powered the shift from web to mobile (as described by Fred Wilson ).

3. More Online learning. MOOCs exploded onto the scene in 2012. Launched in the informal space in 2011, the venture-funded leaders began the shift from curiosity to employabilityand ended the year powering blended community college courses.

Add expansion of OER (e.g. Khan Academy, CK12, Gooru, PowerMyLearning) to this one and you’ve got a mega-trend.

Don’t get me wrong, there’s still room from premium learning experiences particularly in post secondary as evidenced by Udemy, General Assembly, and 2U.

4. Blended learning. Despite the fact that it’s finally possible (for anyone with broadband) to learn anything anywhere, most learning will be blended. A very high percentage of U.S. schools will blend online and onsite learning by the end of the decade. Parents will remain interested in the custodial aspect of school; students will remain interested in the social aspect of school; and teachers will continue to support student learning through the relational aspect of school. As noted recently, these factors bound the potential for productivity gains (Baumol’s cost disease) in K-12 education and suggest a long-term role for a place called school.

The learning design opportunity of our time is not just blending online and onsite, it’s blending interest-driven with standards-driven — JIT and scheduled, DIY and cohort learning.

5. Data. We’re just at the beginning of Big Data in education. The playlists powered by theTeach to One recommendation engines is an early example. The adaptive pathways powered by Dreambox and i-Ready are two more examples.

The learner view of data-driven platforms will include knowledge maps, profile-driven playlists, and achievement recognition systems (e.g., dashboards and badges).

Emerging. There are a handful of emerging trends — like tracking social emotional learning — that I’ll address in another post.

General Assembly and Udemy are Learn Capital portfolio companies where Tom Vander Ark is a partner. Curriculum Associates is a Getting Smart Advocacy Partner. This blog first appeared on EdWeek.