The drought is over and capital is flowing to innovators in K-12, postsecondary, and consumer learning. That’s the conclusion of a report from GSV Advisors including industry veterans Deborah Quazzo and Michael Moe. They examine the “near spontaneous explosion of entrepreneurial activity in education.”
The report, Fall of the Wall: Capital Flows to Education Innovation, also concludes that capital is not a key impediment to innovation. GSV notes, “Instead, it is the absence of a clear path to scale caused by continued market impediments that still constrains investment capital on a relative basis. If some of the market impediments were lifted, we estimate that additional capital would be attracted to enter the sector.”
GSV suggests that educational impact — “return on education” (ROE) — is key to attracting capital and building value. This ROE includes driving down cost, substantially learning improves outcomes, boosting access, and building instructional capacity. This focus on impact reduces the importance of tax status and the false barrier that separates for-proﬁts and not-for-proﬁts.
With more capital flowing, GSV points to four remaining challenges
the primary obstacles to scale can be classiﬁed as the following:

How did the spontaneous combustion occur? Page 10 of the report is the “Magic Chart” that summarizes the coalescence of four change forces: advancing technology, maturing markets, innovation friendly education policy, and improving human capital. I would add a global overlay; the doubling of education expenditures in India and china is building demand for new learning tools, and viral apps quickly develop a global presence.
GSV notes that “Education represents nearly 9 percent of U.S. GDP, but less than 1 percent of both venture investments and public market capitalization.” The current edtech renaissance is marked by a larger number of smaller and more capital efficient startups than in 2000. New investment, according to GSV, is being driven by eight investment themes in education: synergistic partnerships, adaptive technology, knowledge communities, platforms, big data, smart content, employability skills, and languages.
For newcomers to education enterprise, the report is a good reminder of the first boom and crash a dozen years ago. Current investment levels exceed that period as do the aggregate talent and experience levels of investors and entrepreneurs.
The current round of investment is changing the world. New tools and schools are beginning to boost achievement here in the U.S. and extend access to secondary and postsecondary education to hundreds of millions previously cut off from the idea economy.
This blog first appeared on EdWeek. 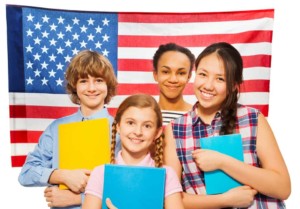