Inside Higher Ed broke the news that an online interactive Statistics course proved to be a faster and cheaper pathway to mastery than the traditional approach.

The new research from the nonprofit organization Ithaka was seeking to prove the viability of a less expansive application of “machine-guided learning” than the new MOOCs are attempting — though one that nevertheless could have real implications for the costs of higher education.
The study, called “Interactive Learning Online at Public Universities,” involved students taking introductory statistics courses at six (unnamed) public universities. A total of 605 students were randomly assigned to take the course in a “hybrid” format: they met in person with their instructors for one hour a week; otherwise, they worked through lessons and exercises using an artificially intelligent learning platform developed by learning scientists at Carnegie Mellon University’s Open Learning Initiative.

Led by William G. Bowen, the former president of Princeton University, the authors hope the study will change minds.
The study, Interactive Learning Online at Public Universities: Evidence from Randomized Trials, suggests the courses offered at six institutions were first generation content lacking adaptive technology that would customize learning pathways and social strategies that boost collaboration.
The study was a small not-necessarily representative group taking one class, but it is further indication that blended learning offers the potential of more economical and rapid pathways to mastery. 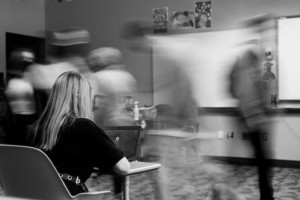 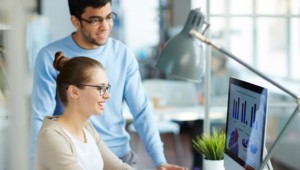 I think that if one follows the link and reads the study, the results are, perhaps, less impressive than the headline of the blog post might indicate.
From the study: "We find that learning outcomes are essentially the same—that students in the hybrid format "pay no price” for this mode of instruction in terms of pass rates, final exam scores, and performance on a standardized assessment of statistical literacy."
Which is great - blended learning is just as effective as traditional methods. But faster and cheaper? I'm not sure what developing an "artificially intelligent learning platform" are but can it really be less expensive than just having an adjunct teach the course?
JH ECI 509

I get the impression that CMU developed an early recommendation engine that provided smart pathway through online content with little teacher interaction. The super low cost higher ed models (StraighterLine, University Now) use this DIY approach.
I think this study points to two areas of opportunity:
1) libraries of multi-modal content: 3-4 ways to learn every concept (text, video, visual/game, interest/application-based)
2) efficiencies used to create problem solving, integration and application time with teachers (this is the Rocketship and Carpe Diem mantra--use machine learning to boost basic skills and use class time to focus on critical thinking)