Education Week released today its annual Quality Counts 2012: The Global Challenge – Education in a Competitive World, which takes a critical look at states’ performance in policy, standards, assessments, school accountability, and more in the United States education system among a competitive world. Quality Counts awarded the entire nation a C while Maryland leads with a B-plus, the highest score among all 50 states. This year, nearly half the states scored a C or lower.
“Dating back at least to the Sputnik era and the Space Race, we’ve been warned that America’s schools do not measure up favorably on an international yardstick,” said Christopher B. Swanson, Vice President of Editorial Projects in Education, the nonprofit organization that publishes Education Week. “Despite some bright spots over the years, Americans remain rightly concerned that the nation’s pace of improvement is simply too slow, at a time when our global peers and competitors may be rocketing ahead.”
Key findings from the report include:

The Coalition for a College- and Career-Ready America (CCCRA) invites the education community to participate in its upcoming webinar, “Quality Counts 2012: The Latest State-by-State Education Report,” Thursday, January 19, 2012 from 2:00 p.m. to 3:00 p.m. EST.
The webinar, which will be hosted by Advance Illinois Executive Director Robin M. Steans and Editorial Projects in Education Vice President for Research and Development Chris Swanson, will discuss the state report cards in Quality Counts 2012. In addition, panelists will deliver updates in federal education policy.
To register for the webinar, visit media.all4ed.org/registration-jan-19-2012. 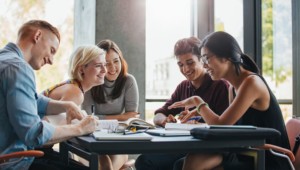